All Movies Getting a Sequel This Year 2020 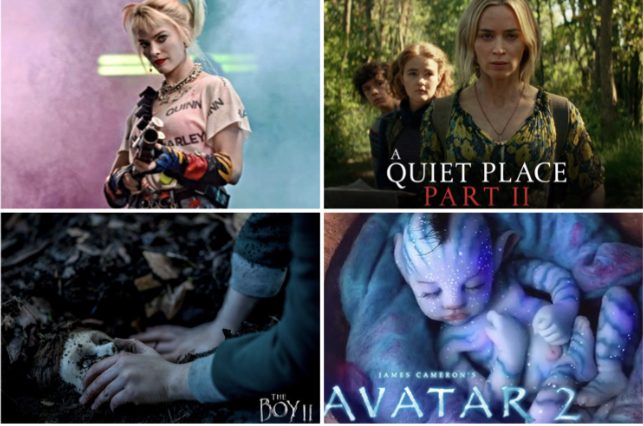 All Movies Getting a Sequel This Year 2020

All Movies Franchises Getting a Sequel This 2020, and beyond!

With many unique movie franchises or series debuting the past few years. We finally get to continue to story that has started years ago with a sequel. Although not all sequels are the best and can’t live up to the original, it’s always nice to see some of our favorite characters on the screen again.

Following the events of Suicide Squad back in 2016, Harley Quinn now gets her own movie where she can explore and expand on her past experiences and future journeys to come. And what is to come of her after her breakup with the Joker.

The indie horror film made its first appearance in 2016, with an intriguing tale on the mysterious boy from an eccentric mansion. Following the discovery and answers to “the boy”, the sequel continues a story on a new family who finds the doll again…the restart of a new cycle.

The successful original film, directed and played by the guy from the iconic TV show, The Office John Krasinski. Receiving $340.9 million dollars in box office, it’s no wonder why they started working on the sequel immediately right after the first film got released in 2018. Following the story after the Abbott family discovery the new advantage on how to kill the Demogorgon-look alike (lol)

When the first Avatar film ever appeared on screen, the hearts of fans were so touched. The film even managed to become the number one box office film in the whole world for many years.

So, James Cameron and his team decided to not only create a sequel but the following films to continue the series. With already three other two films in the making. After 12 years, we’ll finally see where our favorite characters have been in Pandora.

Thank you so much for reading! Comment down below any movies I may have missed or which one you’re looking forward to the most.