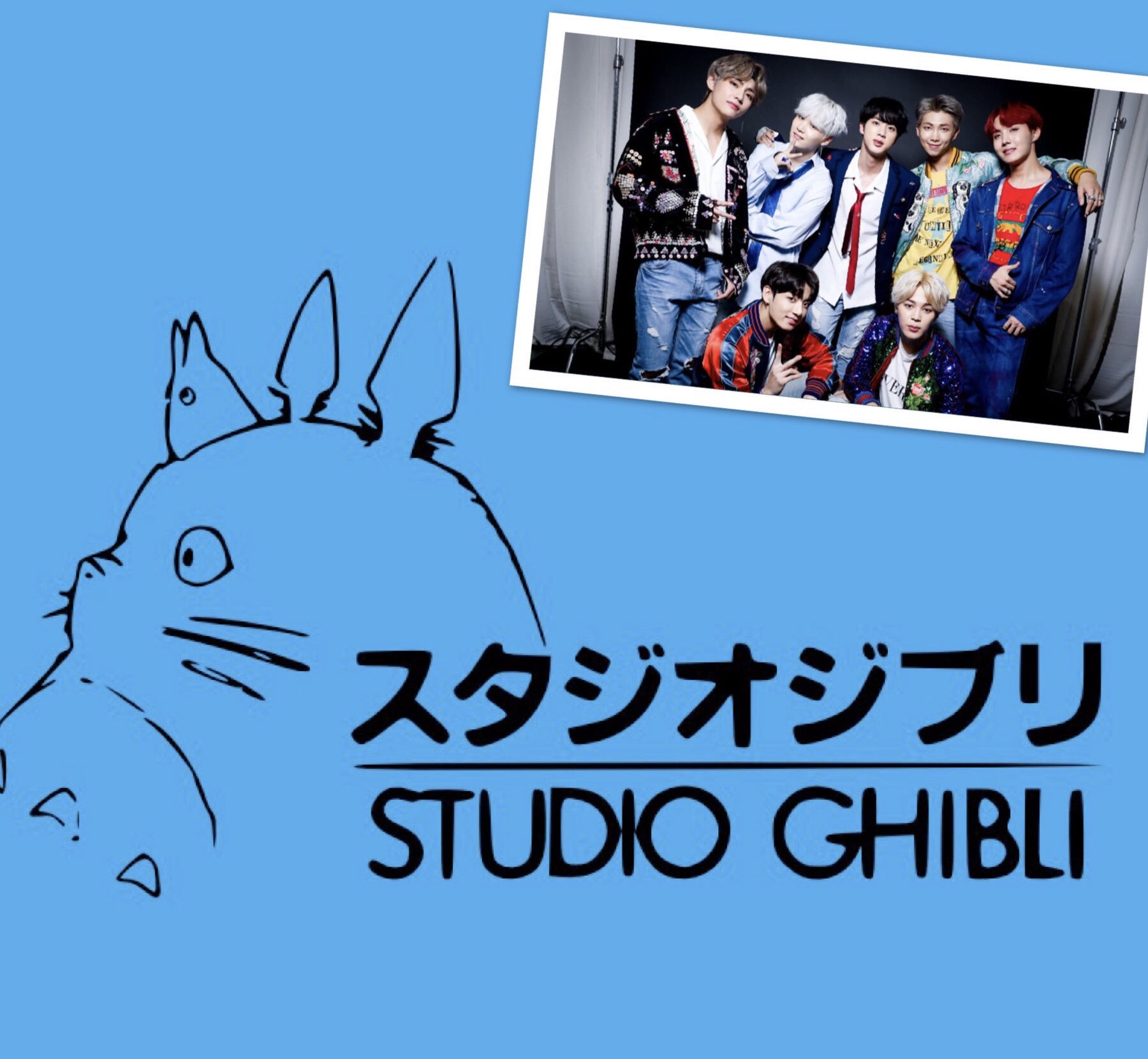 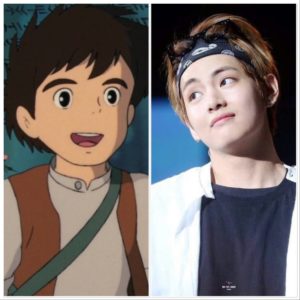 For Castle in the Sky’s Pazu, I chose Taehyung as best fit for the character. They both show characteristics of being curious, careless, playful, brave, and being a dare-devil. So Pazu and Taehyung were most similar to each other and were best fit for Taehyung to potentially play his role if they could make a live-action version. 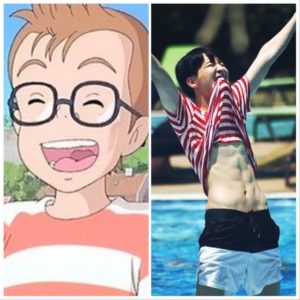 When picking a member for Tombo from Kiki’s Delivery Service, it wasn’t too hard to find which character best matches his personality. It was obviously J-Hope as they are both jokesters and geeks. Both are very fun to be around, talkative, genuinely happy, and very confident.

Whisper of the Heart (1995) Seiji Amasawa 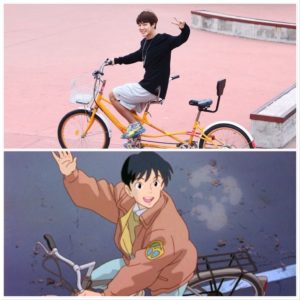 For the Studio Ghibli film Whisper of the Heart, Seiji Amasawa, I picked Jimin for this role. Both Jimin and Seiji are fun boys who like to tease each other but also sweethearts. Also both men play instruments as Seiji builds and plays the piano and Jimin can play the piano. Also both had an amazing dream and went after it without hesitation. Seiji with violin crafting and Jimin in singing and dancing. 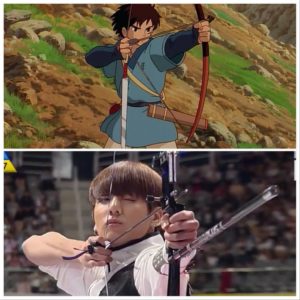 Ashitaka from Princess Mononoke’s best fit in a BTS member was Jungkook. Ashitaka was both a good fighter and archer. Since Jungkook has taken taekwondo when he was younger as well as performed best in archery in the 2016 Idol Stars Championships.

Also another note, Princess Mononoke was first released in Japan in 1997, which is also Jungkook’s Birth year (1997). 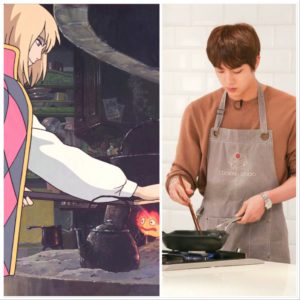 The character trait of Howl was much similar to other Studio Ghibli characters, but one thing stood out. Howl is very romantic and shallow, but he seems to know how to cook. And who else loves cooking more than any other BTS member, Jin. So I picked Jin for Howl, not only because they love to cook, but also since they are both very handsome, and they both know it. 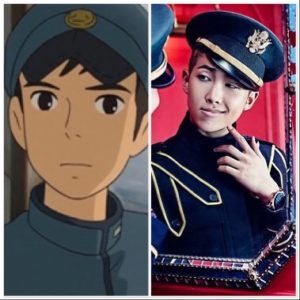 When deciding which BTS member fit for Shun Kazama, I chose RM. They both show characteristics of being playful, studious, and determined. Shun and Rap Monster were both boys who might seem careless, but instead are very confident and intelligent.

Another male character fit for Namjoon is The Baron from The Cat Returns as they are both smart, witty, and elegant. The Baron was such a gentlemen who enjoyed wearing suits, and Namjoon was seen wearing a lot of suits in his fashion style. 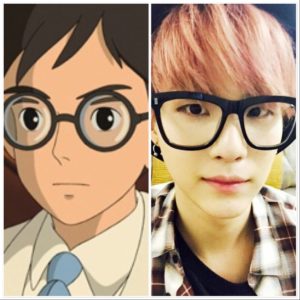 For Studio Ghibli’s Jiro Horikoshi, I depicted Suga as the perfect fit for this character. Both of these men are serious and passionate when talking about something they love.

Another male character for Suga could be Haku from Spirited Away. As both are seen as serious and protective, but once you know them, they are the kindest people you’ll ever meet.

Thank You for reading and I hope you enjoyed! Comment down below which is your favorite combo of the BTS member with it’s Studio Ghibli persona.