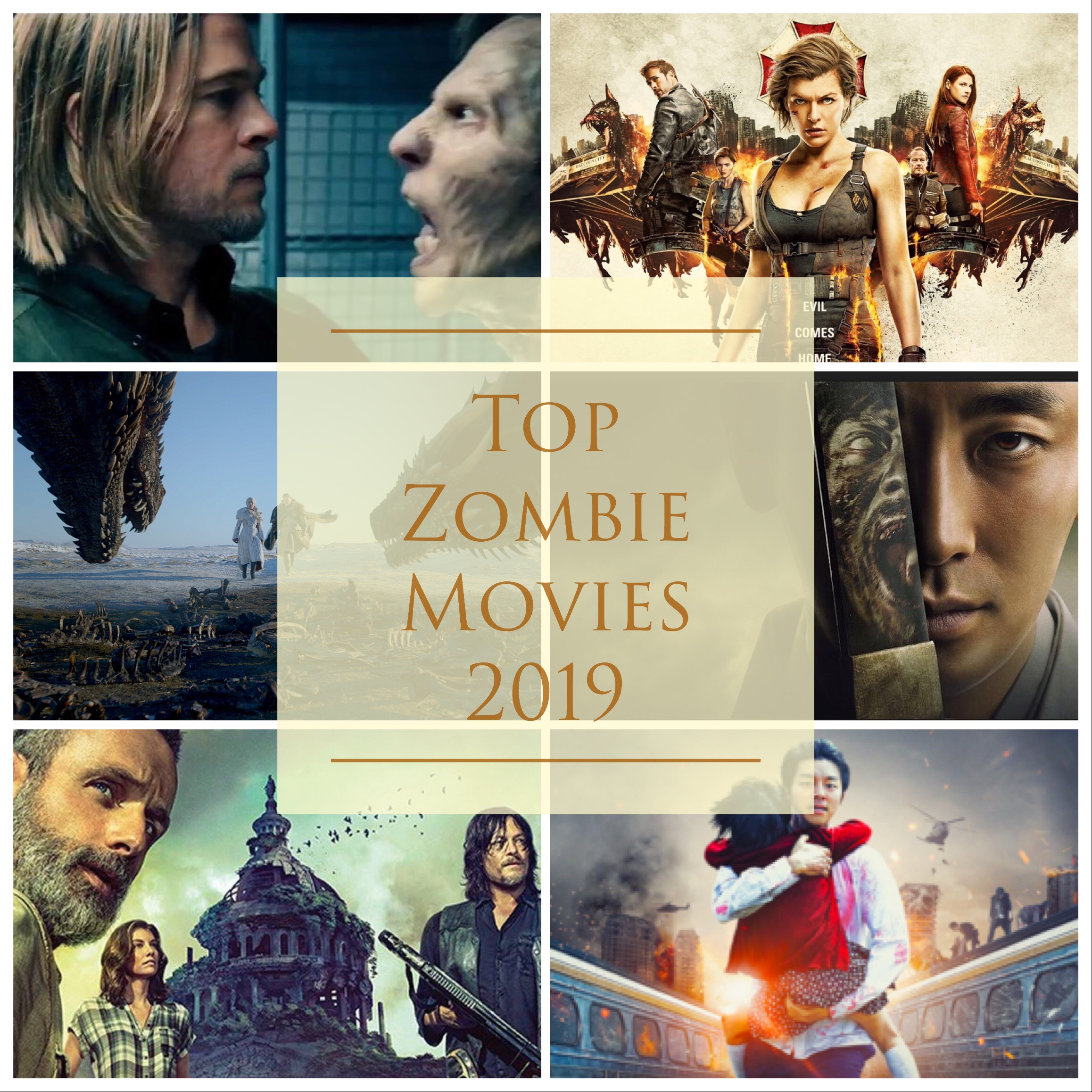 Many Zombie based horror/thriller films have become popular for the last few years, so here are the top zombie films/TV Shows that I would like to share.

This famous movie series will certainly shock you with its brilliant thriller and horror.

Based off a video game of the same name in 1977, is about a deadly virus being unleased used to bring the dead back to life.

Doing so, the situation has many consequences, such as possibly destroying Earth as we know it.

This popular TV Series is based off a comic by Robert Kirkman, staring the main character Rick Grimes, who leads a survival group in the state of an apocalypse while trying to protect themselves from zombies.

However, they slowly die off one by one, soon learning that humans may be more dangerous than the zombies.

Currently on Season 9 Episodes 14 and beyond.

Another popular TV Series involving zombies is Game of Thrones, also based off the best selling novel by George R.R. Martin A Song of Ice and Fire.

This medieval fantasy set story is up against the world’s deadliest zombies, as they must protect themselves for the winter time every year.

Staring the famous Brad Pitt, in this dystopian world, a dangerous virus breaks out, leaving the UN investigator to find a solution and its place of origin.

A Korean film based on a disease breakout that causes living things to turn into zombies.

While (the main characters) a man with his daughter hop on a train where the events occur, leaving them and other passengers trapped and in paranoia.

A new recent Netflix Original series debuting on January 25, 2019, is based on the Korean webcomic Land of the Gods by Kim Eun Hee where a sudden disease among Ancient Korea spreads amongst them.

So they must try to prevent themselves from converting into zombies as well or the kingdom as they know it will soon cease to exist.

Here is a link to the comic which sometimes goes by another name (Burning Hell) if you’re interested in checking the webtoon out:

Thank you so much for reading! Comment down below your favorite zombie film or any movies I might have missed.