Should I Watch Children of the Corn? Honest Reviews 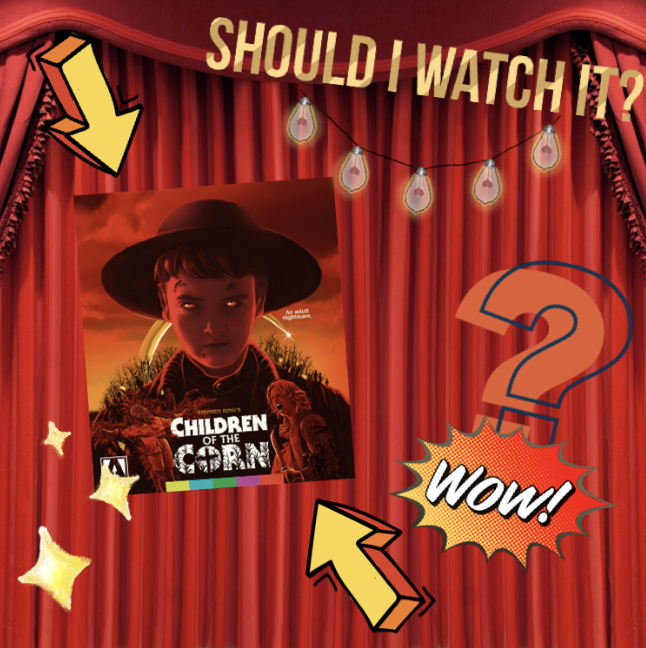 Should I Watch Children of the Corn? Honest Reviews

Consider the plot first. If the story makes sense, intriguing you to actually continue the story. In Children of the Corn, the plot revolves around children murdering their parents or any adults in that case.

These kids adapted to their new lifestyles, eliminating any kind of “adult” person out of their life. Now living in what is now a corn maze of some sort.

The climax rises as the couple, Burt and Vicky are on the road when suddenly they got stuck on Gatlin street, where the corn maze is located.

The script of Children of the Corn was good up to a point. Some scenes didn’t fit well or made me cringe.

Overall, the script was written well and all actors put enough emotion into each line. But there were just some scenes and lines that I wish the film hadn’t added.

Casting refers to actors and actresses who portrayed the characters in the movie. Rating from how good was the actual acting not just if the actors are famous or not.

The characters in Children of the Corn were greatly portrayed, as originally the story was written by Stephen King.

I wouldn’t say the characters were perfectly portrayed however, all actors were good enough to get the emotion and story across to the audience.

Realistically, how much money did they put into the production team to film it? However, this film was made in 1984, so I won’t dock points for lack of crazy special effects. The setting and scenery of the film looked real enough to be an actual town.

Plus the endless fields of corn are hard to find, so proper setting was made perfectly to fit the scene.

Would I watch the movie again? While story itself had a good plot and climax, I wouldn’t watch the movie myself again, unless it was too search for double meanings or deeper significance.

I would definitely recommend this movie if you’re a Stephen King and horror lover. But if it’s your first horror film, maybe it’ll be okay, since most of the “scary/horror’ parts come from jump scares and not gore. Besides most of the “gore” won’t show (remember it’s an 80’s horror film). 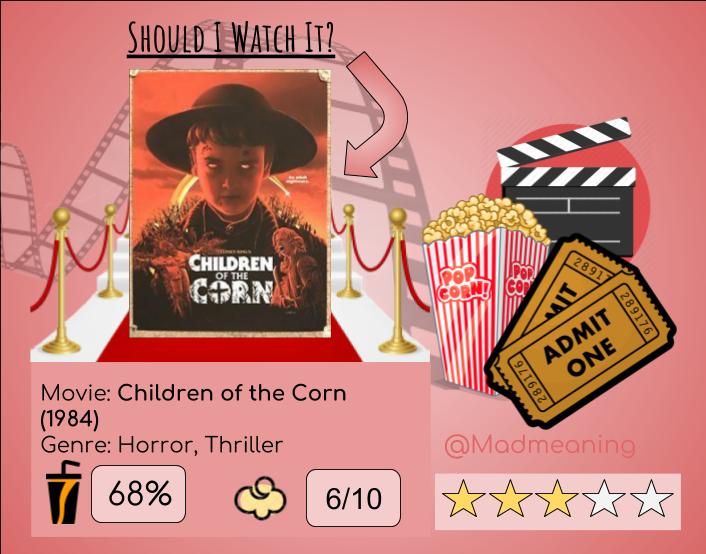 Thank you so much for reading! Hopefully if you choose to watch Children of the Corn, you’ll enjoy it!