Should I Watch Ralph Breaks the Internet? Honest/Audience Reviews 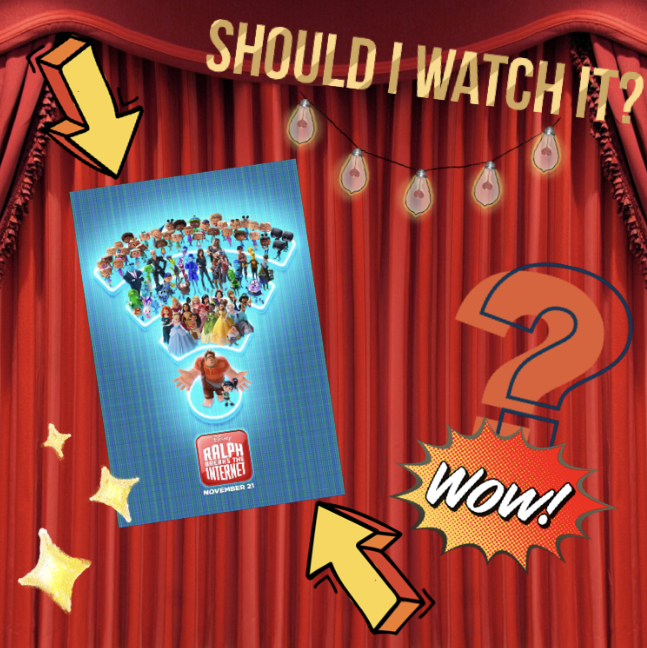 Should I Watch Ralph Breaks the Internet? Honest/Audience Reviews

First off, with the movie making its first debut premiere three days ago and already accumulated a total of about $50,535,000 since November 23, 2018, breaking the Thanksgiving Weekend Box Office Record.

So already, you might think you should watch the movie too. But continue reading to find out if the movie is worth your time and money.

Consider the plot first. If the story makes sense, intriguing you to actually continue the story.

The plot of Ralph Breaks the Internet, according to the various trailers, is about Sugar Rush getting unplugged, so Ralph and Vanellope head out onto the “Internet” to find and purchase a new piece for Vanellope’s video game that got broken down.

It’s a sequel to the story Wreck it Ralph where the same main characters reappear in the movie.

But the movie, introduces a few new characters and some hidden easter eggs and iconic figures you might look forward to.

Such as all the Disney Princesses and many current Internet references.

The movie continues the storyline right after Wreck it Ralph as a continuation. However, the script, I would say was well written and had a good moral to the story.

Meaning it was planned from start to finish without something feeling like it needed more.

Although some scenes were quite a stretch and awkward, the overall theme of the movie made up for it.

Casting refers to actors and actresses who portrayed the characters in the movie. Rating from how good was the actual acting not just if the actors are famous or not.

As you may already recognize the numerous famous Disney Princess voice actresses, as well as Gal Gadot who played Wonder Woman in the live-action, adaption movie in 2017.

But they still kept the iconic John C. Reilly (Ralph) and Sarah Silverman (Vanellope) for the unique voices that you will only hear in the Wreck it Ralph series.

Realistically, how much money did they put into the production team to film it?

Considering that Ralph Breaks the Internet was fully CGI, digitally animated, besides the animators and script writers, not much money for to pay for actual production team to buy and set up a real set on stage.

Yet, the animation took more time to create, all animated scenes went smoothly and connected.

Would I watch the movie again? Probably, just to rewatch the cute Disney Princesses iconic interactions with each other, but also for the emotional rollercoaster it puts you in.

I loved the message that the movie got across as well, but I feel like the only time I might watch the movie again is with friends or family but necessarily voluntarily.

For any Disney Lovers, I would definitely recommend to watch Ralph Breaks the Internet.

But if you hadn’t already watched the first movie Wreck it Ralph, some scenes might be hard to explain, so watch the first movie before watching Ralph Breaks the Internet. 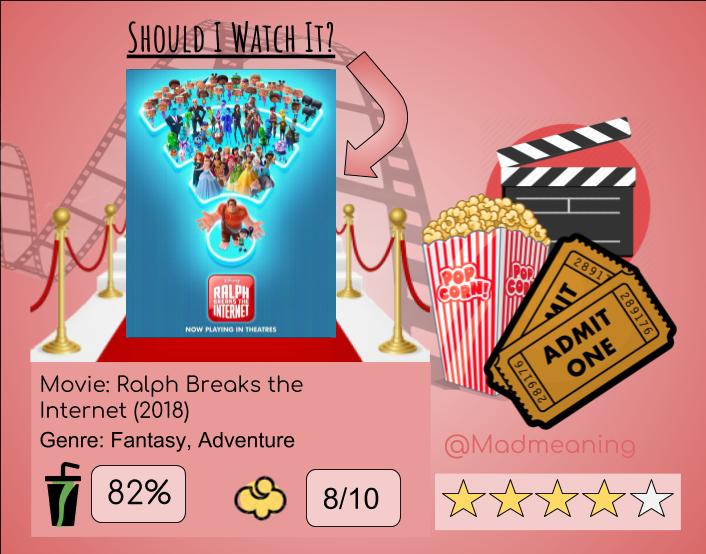