5 Most Fiercest Asian Women in History 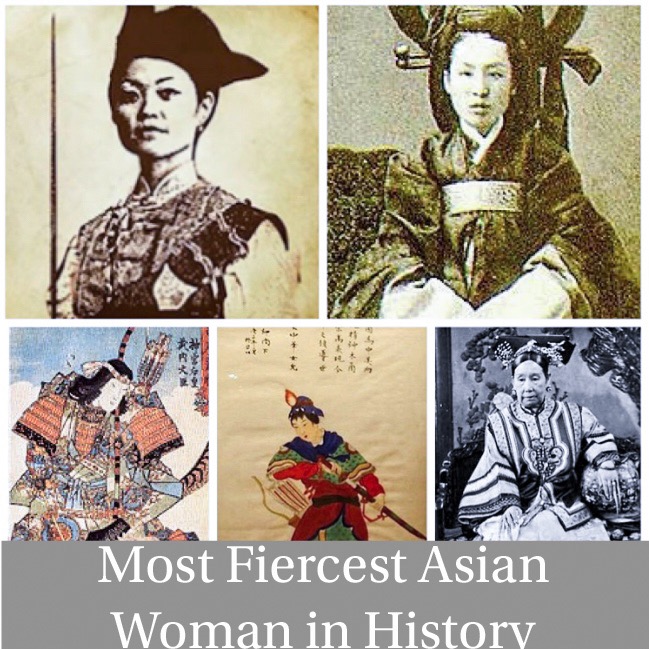 5 Most Fiercest Asian Women in History

No matter how you have heard of the name “Mulan”, the stories are all varied from place to place. As the first ever mentions date back to about 500’s BC.

Maybe you heard the story when it got passed down to you or maybe you just watched the Disney movie adaptation of “Mulan”.

Wherever, you’ve heard about her, Mulan is indeed one of the greatest heroes in history. Hua Mulan was China’s greatest warrior and to be a woman was even more rare.

She disguised as her sick father to fight in the war instead of him, all to protect both her family and her country.

If you hadn’t already, watch the Disney adaptation on Mulan if you would like to see her in action for entertainment.

Some woman in Japan were suppose to learn self defense to become a Onna Bugeisha. Luckily, Empress Jingu learned and has successfully mastered all the skills to do so.

With these skills, Empress Jingu could defend her people as Japan’s most successful woman samurai. Leading Japan to an invasion of Korea in 200 AD with a single drop of blood.

Empress Wu, a Chinese sovereign led China to success and victory as her strong leadership and political values helped lead to the expansion of China’s reign and power.

Being the first Chinese empress gave the country lots of doubts, but she proved them wrong.

Being the first woman empress and the most successful one too, changed tons of views in politics and royalty.

If you hadn’t already, watch the TV Show The Empress of China if you would like to see her in action.

You think of successful pirates to be like Blackbeard or Jack Sparrow. However, pirates are more than just looting and canons shooting ships.

While “pirates” by definition is a person who attacks and robs ships at sea, it is so much more than that. Madame Zheng was given the name of the most successful pirate because she was a good at what she does as well as living up to long life.

Now how many pirates can say that? Not only was she able to find time to get married, she also grew a family.

Empress Myeongseong was the first ever Korean empress and was truly exceptional for that.

She gained allies with Russia in order to prevent Japan’s influence from growing any stronger on Korea.

Although all her knowledge and leadership helped regain Korea’s power, Empress Myeongseong was unfortunately assassinated on October 8, 1895.

Enjoy watching the TV Show of Empress Myeongseong to see more of her amazing roles throughout history.

Thank you so much for reading! If you enjoyed this, please feel free to watch any of the movies or tv shows based on these iconic women to learn more about them through entertainment.