BTS new MV “Idol” has many references to many cultures, ARMY, and haters in only 3:52 seconds.

Bunny in the Moon 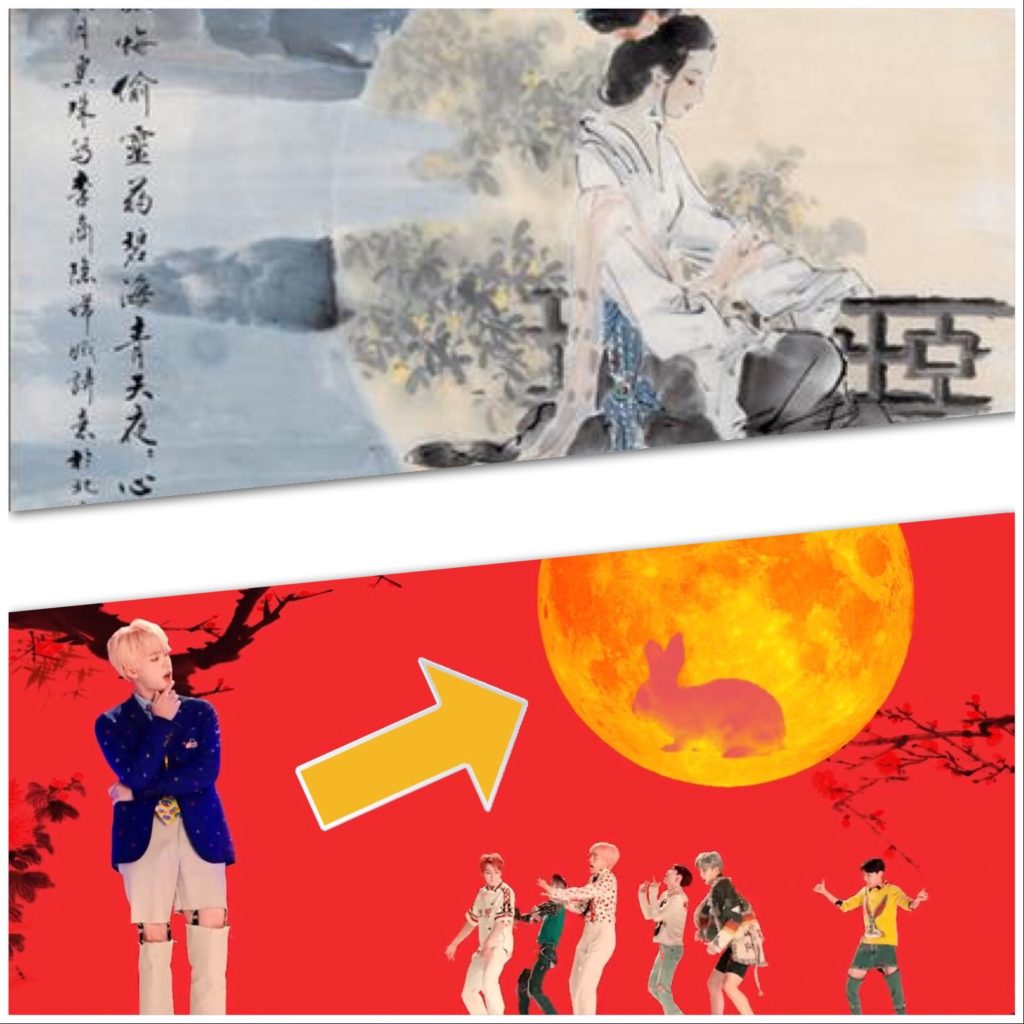 Although many ARMY think that the bunny represents Jungkook as his nickname is “bunny”, but instead the story is deeper.

The bunny’s silhouette in the moon represents the Chinese culture of “Moon Day” on September 24 this year.

The moon with a bunny in is a Chinese reference to the “Chinese Moon Lady” who can also be interpreted as a bunny or rabbit.

Here I have a link to the story if you want to learn more about it: https://www.worldoftales.com/Asian_folktales/Chinese_Folktale_34.html

No faced, no masked, colorful haired lion dance might be a combination of different aspects of the overall wide variety of Asian lion dances all over Asia. No one culture has that exact creature design incorporated into their lion dance, so it must be a new creation of theirs. 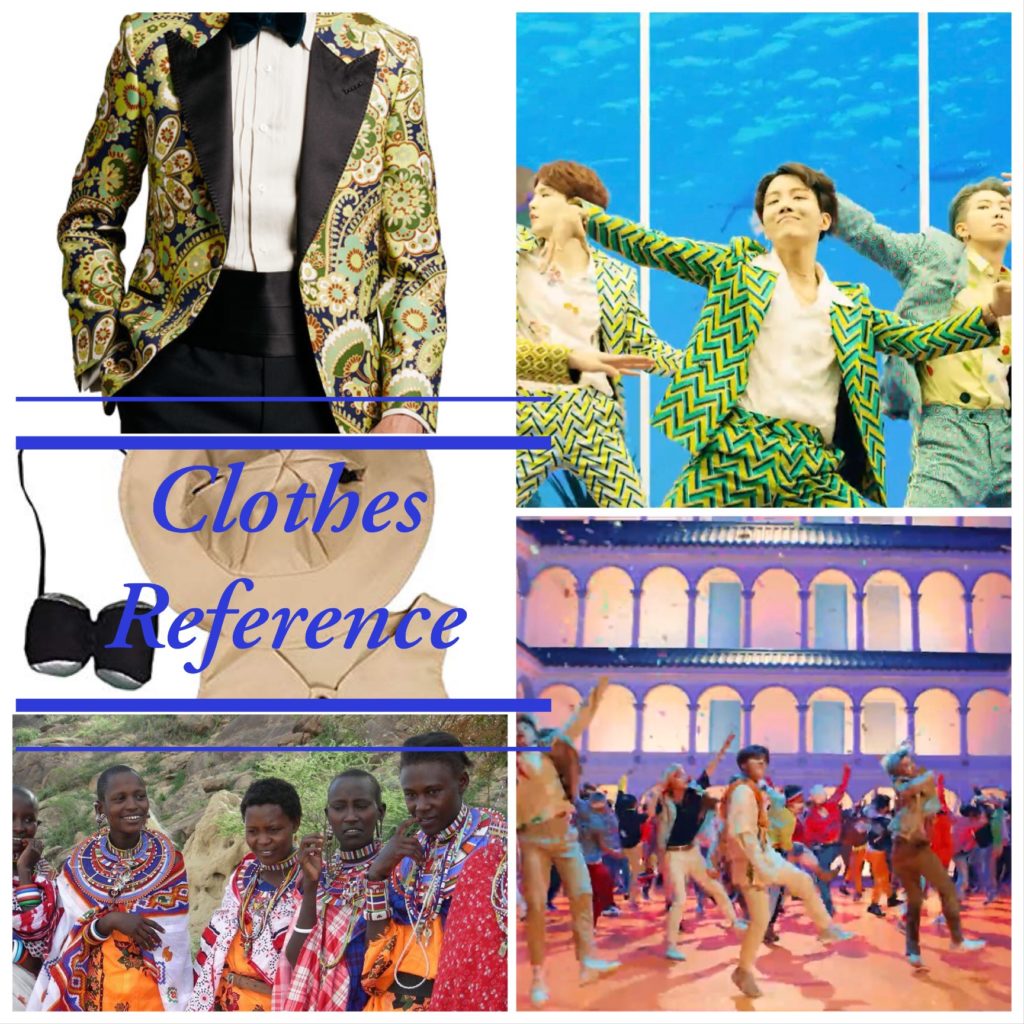 The Wacky Tube Man in the scene with J-Hope might be a representation of USA. Besides being invented in the Summer Olympics in 1996, the Wacky Tube man is a symbol found in many areas of USA.

For a split second, you also see Jungkook (fake) coughing, which represents the Korean gesture of silence (Yangban). In the teaser trailer for “Idol” the cough was more visible and heard.

In the “Idol” MV, BTS sat in a circle to form a flower mandala which is a spiritual symbol in Hinduism and Buddhism. 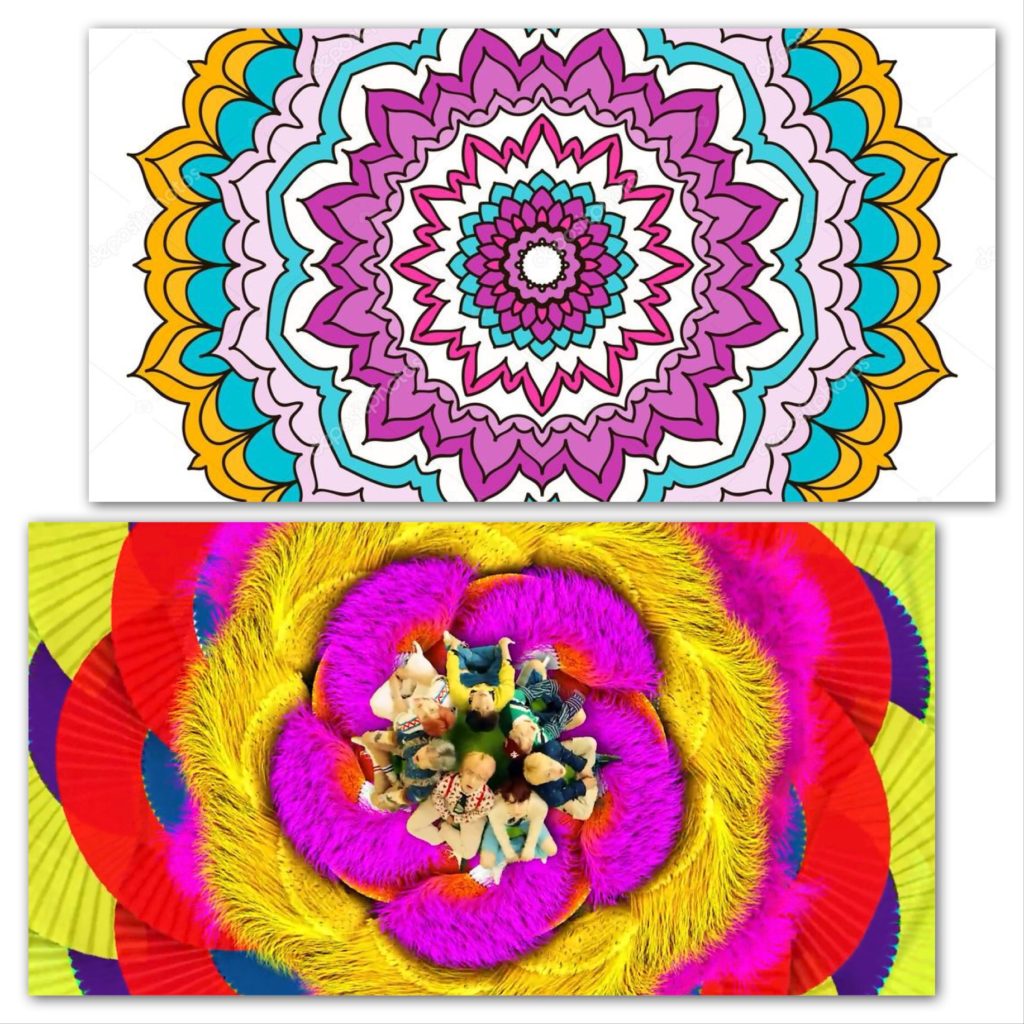 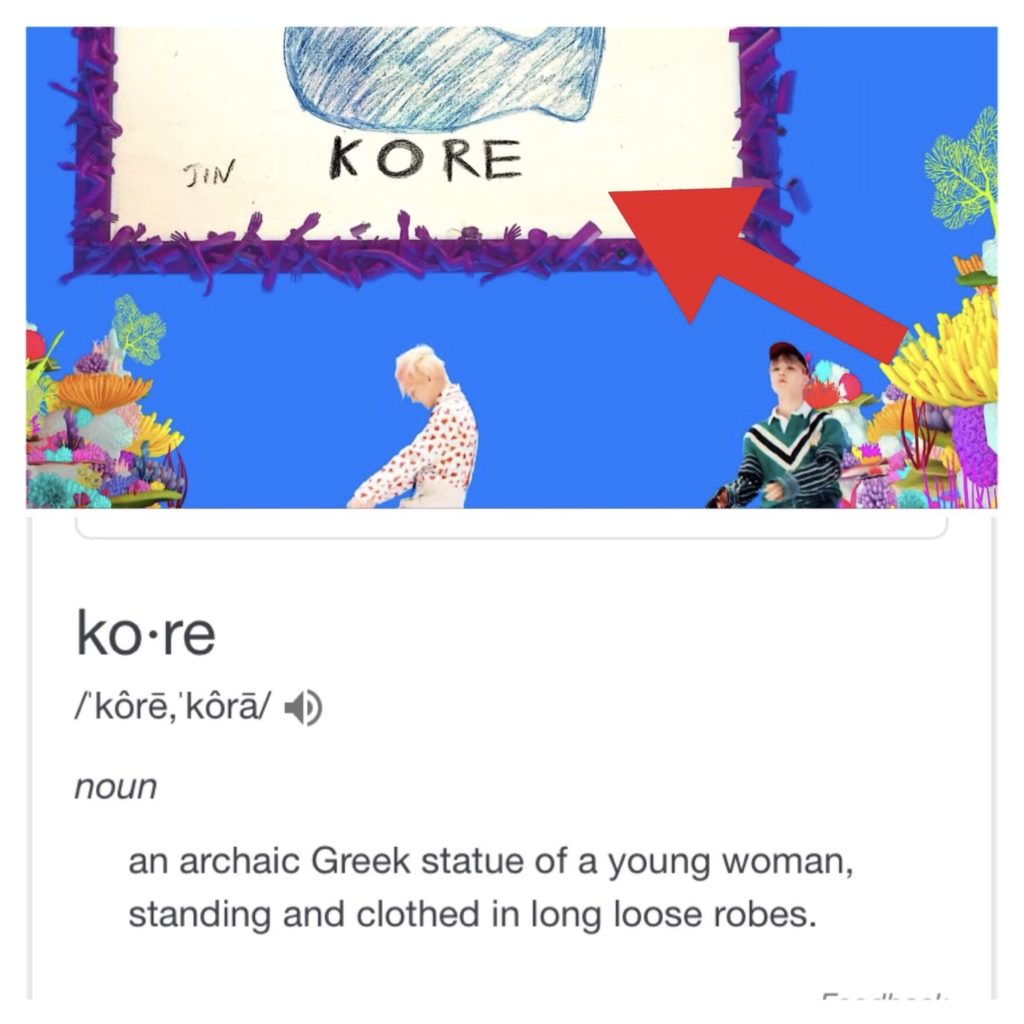 The word “Kore” was found in this part of the video and following by a drawing of what seems to be a whale. So maybe it’s representing the Greek culture or the members just making fun of Jin.

References to their Older videos

These references are shown towards ARMY to represent they haven’t changed and will always remain the same BTS we all know and love. They put in many of their iconic MV’s into “Idol”. 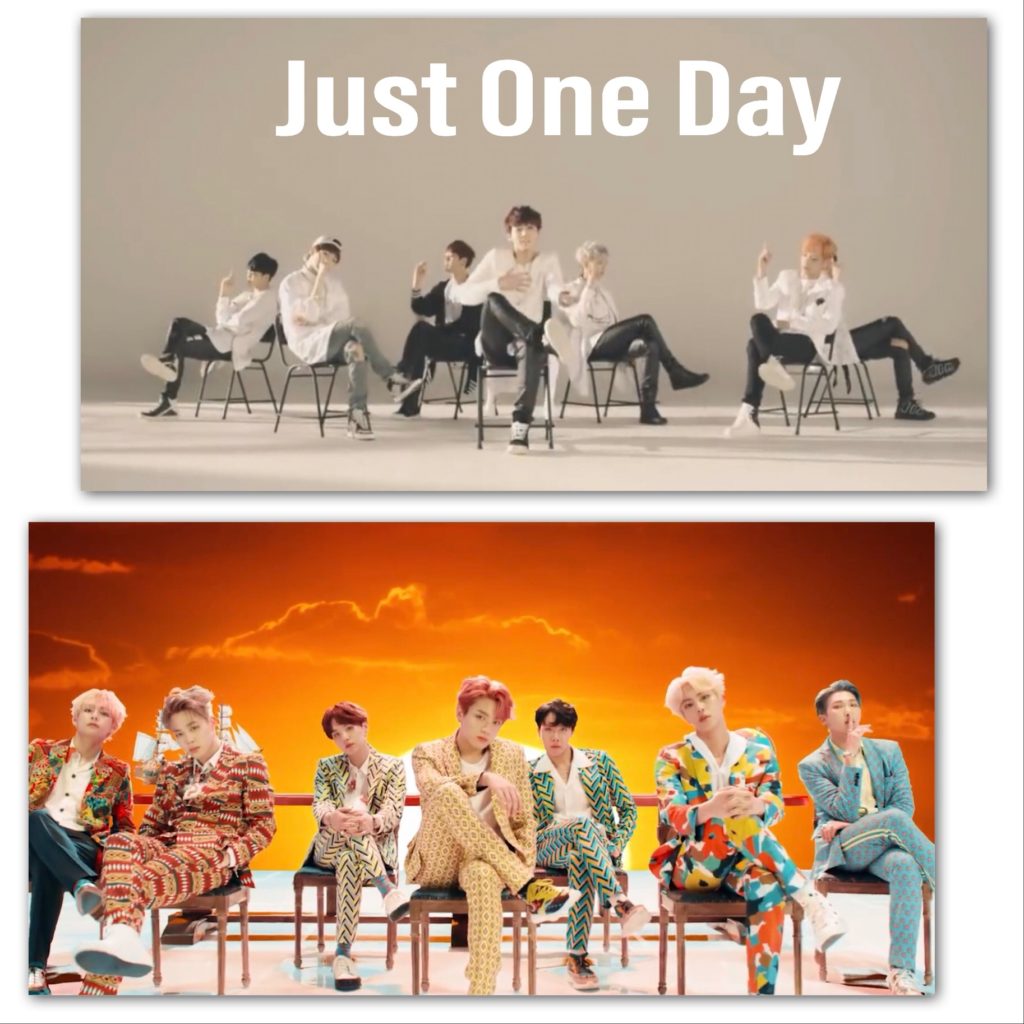 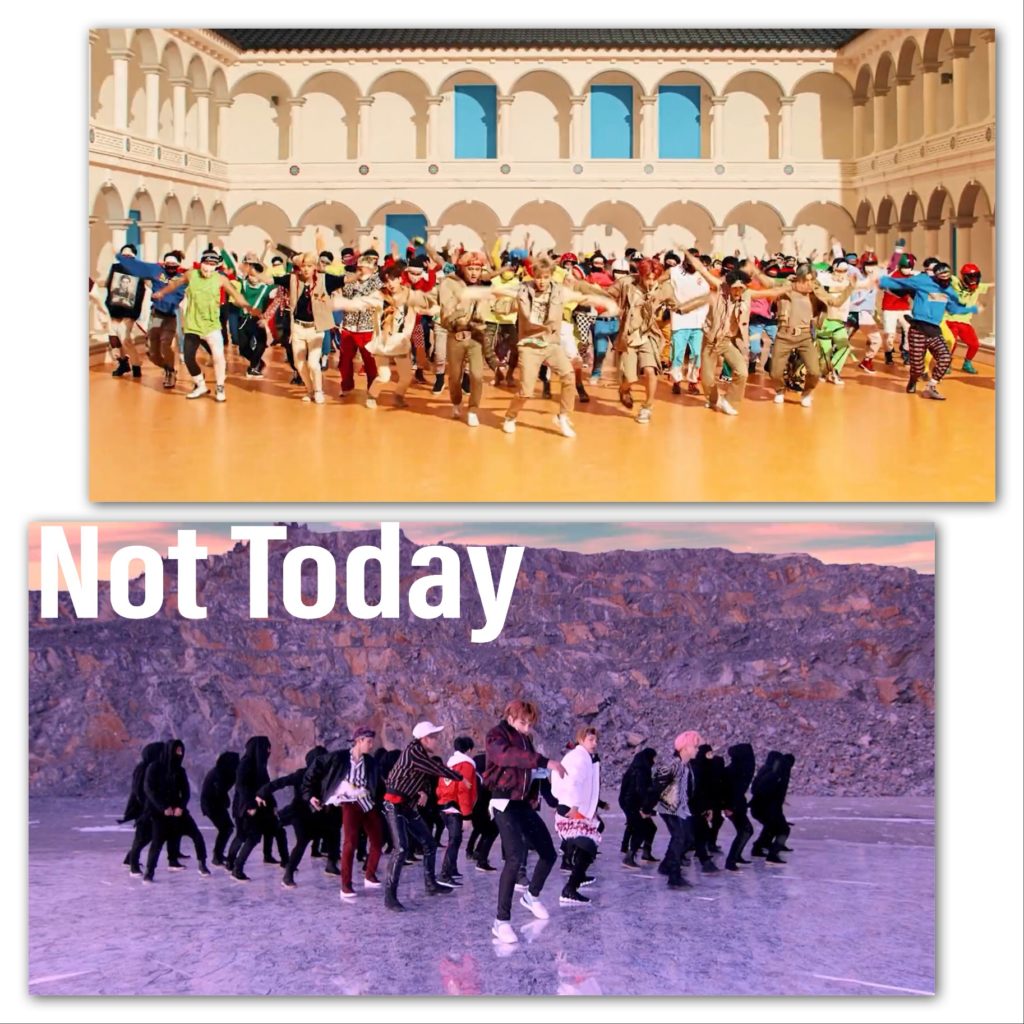 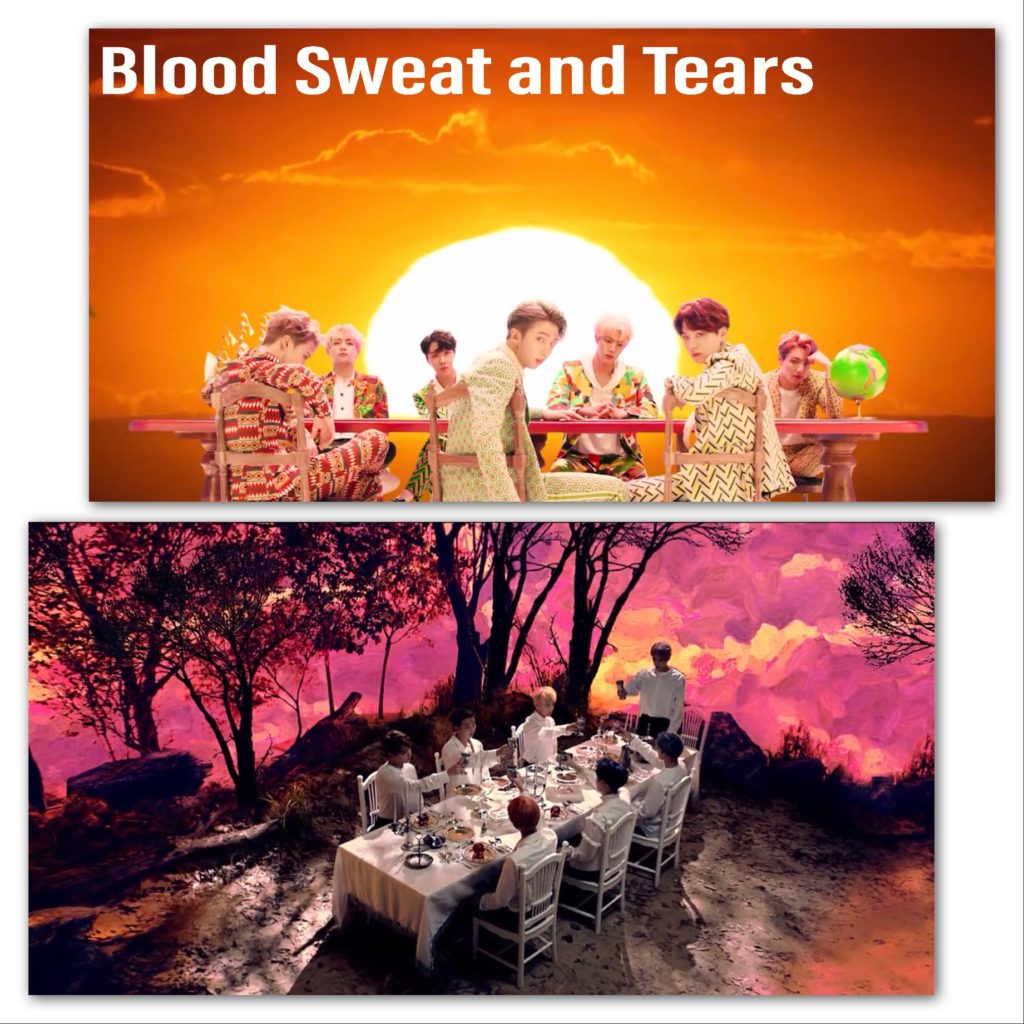 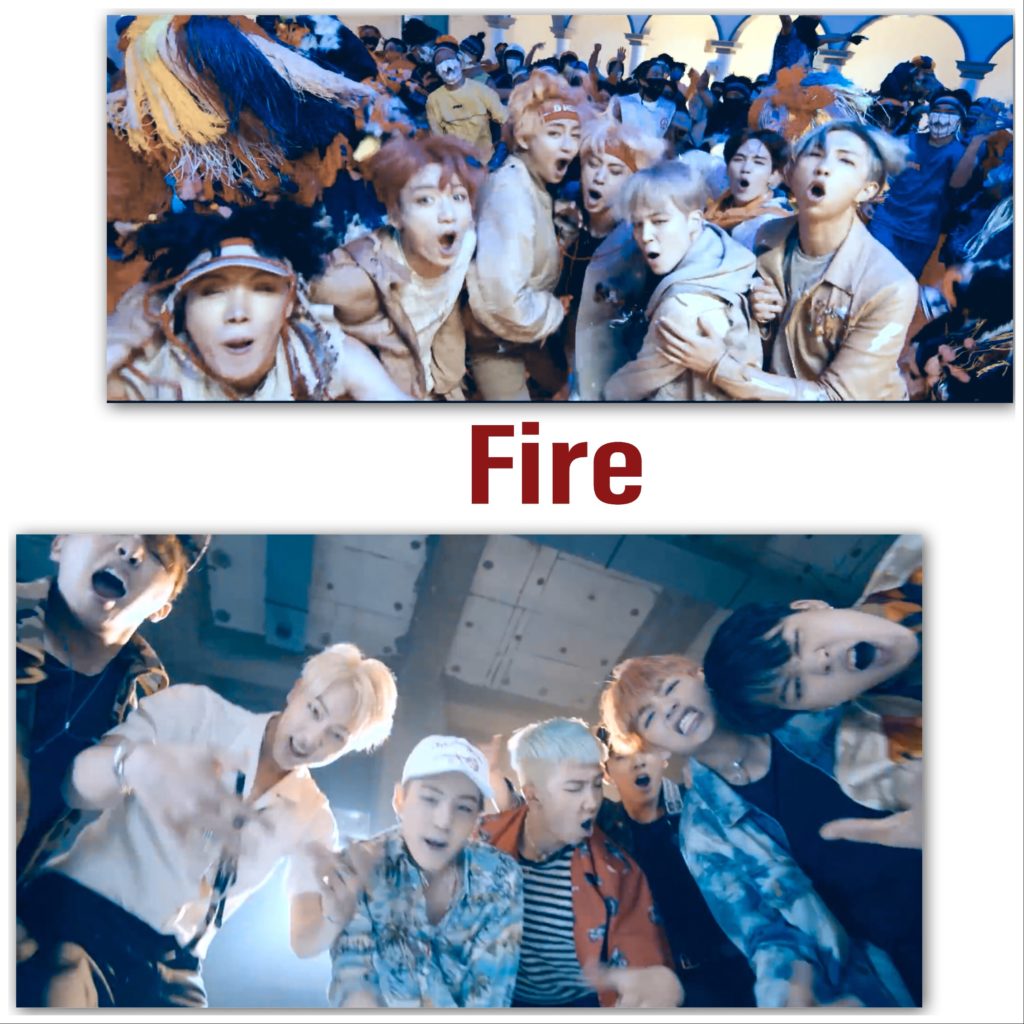 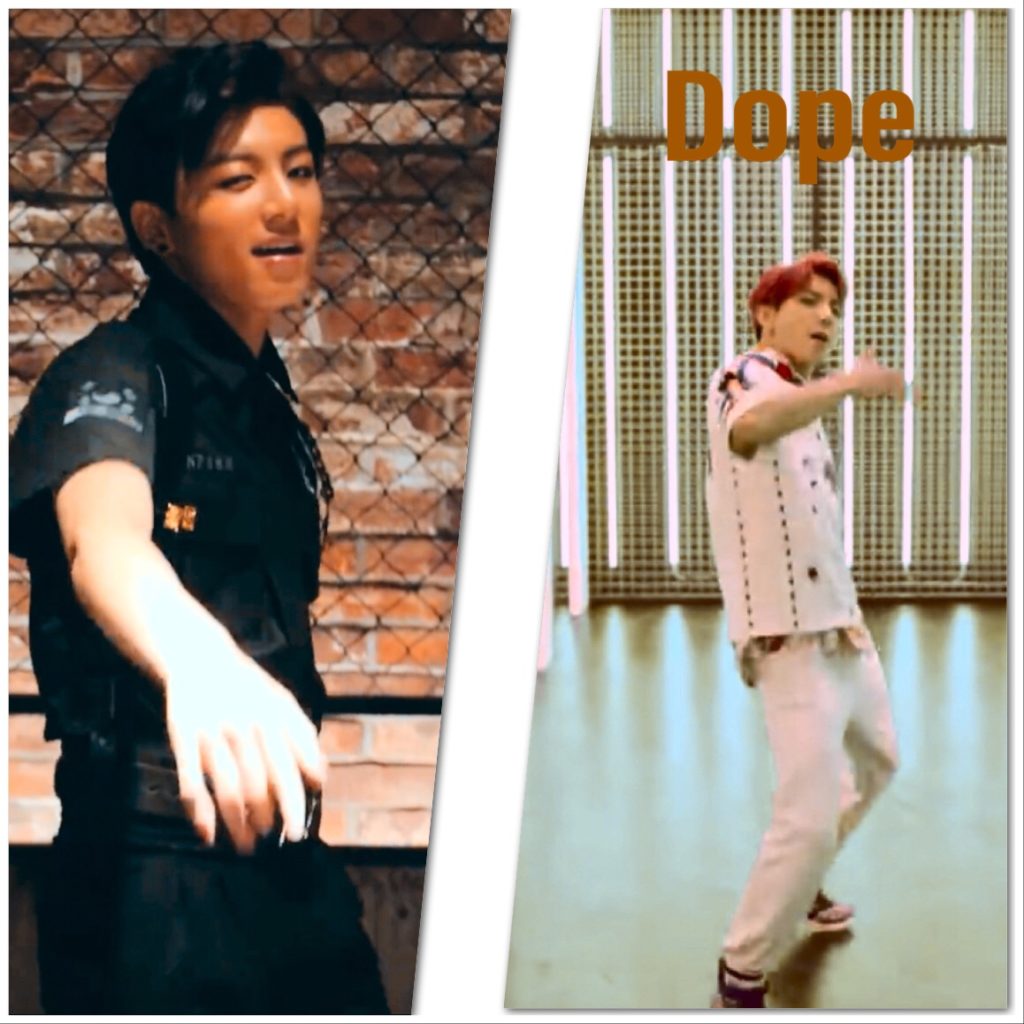 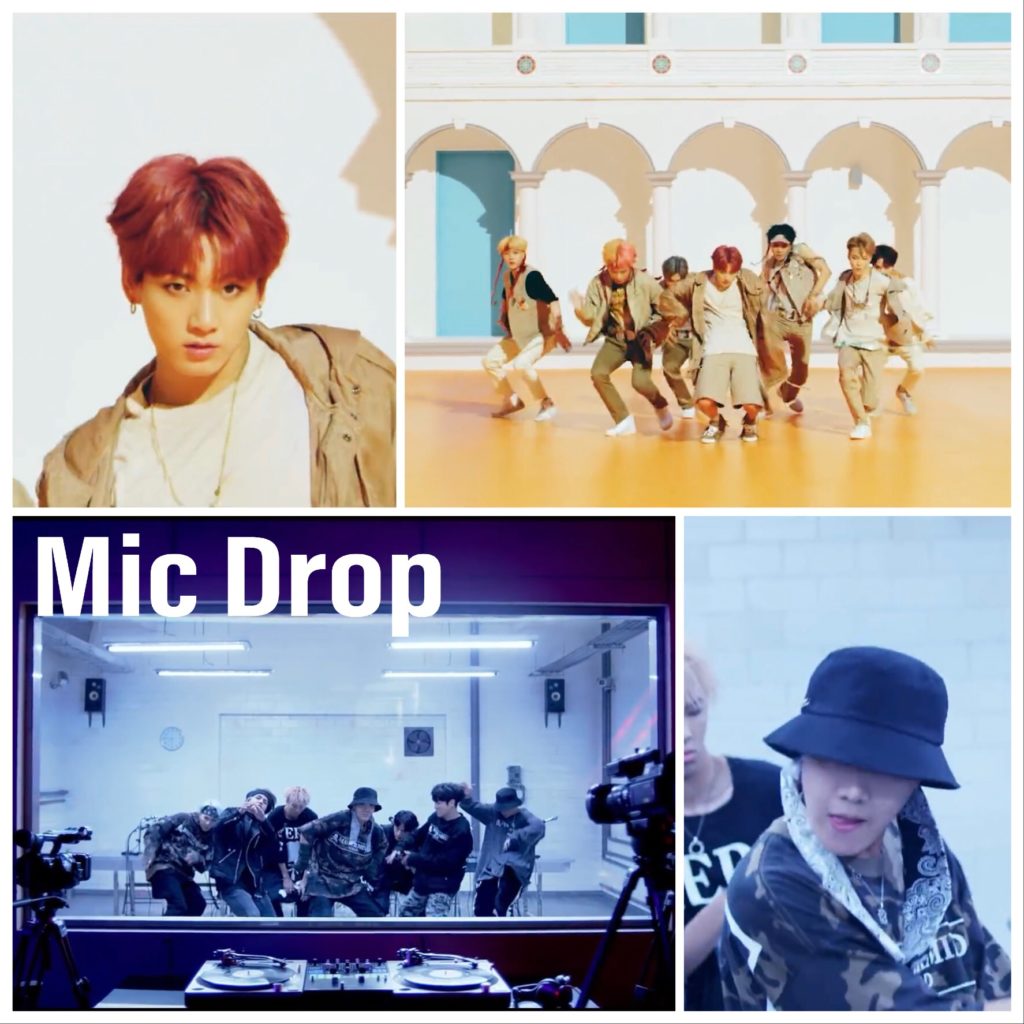 They also incorporated some dance moves from other music videos as well. For example the movement from “Gogo” from the album Love Yourself: Her was identified in “Idol”.

References to the Haters 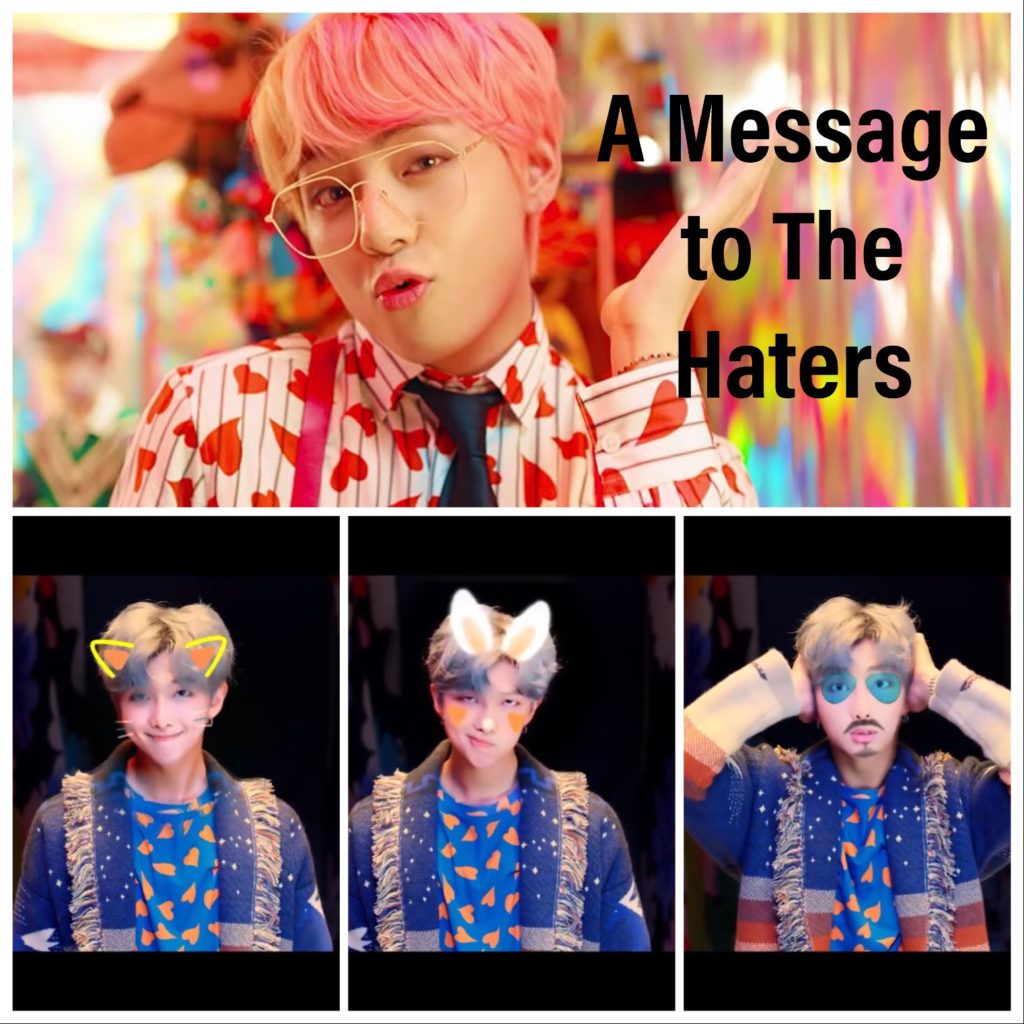 Both V and RM have received some hateful messages about their appearances. For example, V was told that “he doesn’t look good in glasses” while RM was told that “he shouldn’t use those filters”. So in order to end all those hateful comments, they shut them down by literarily using what each hater told them, they shouldn’t do.

Suga has been told many times that he has really pale skin, so in order to shut down his haters, he wore a snow white shirt proudly and beautifully. 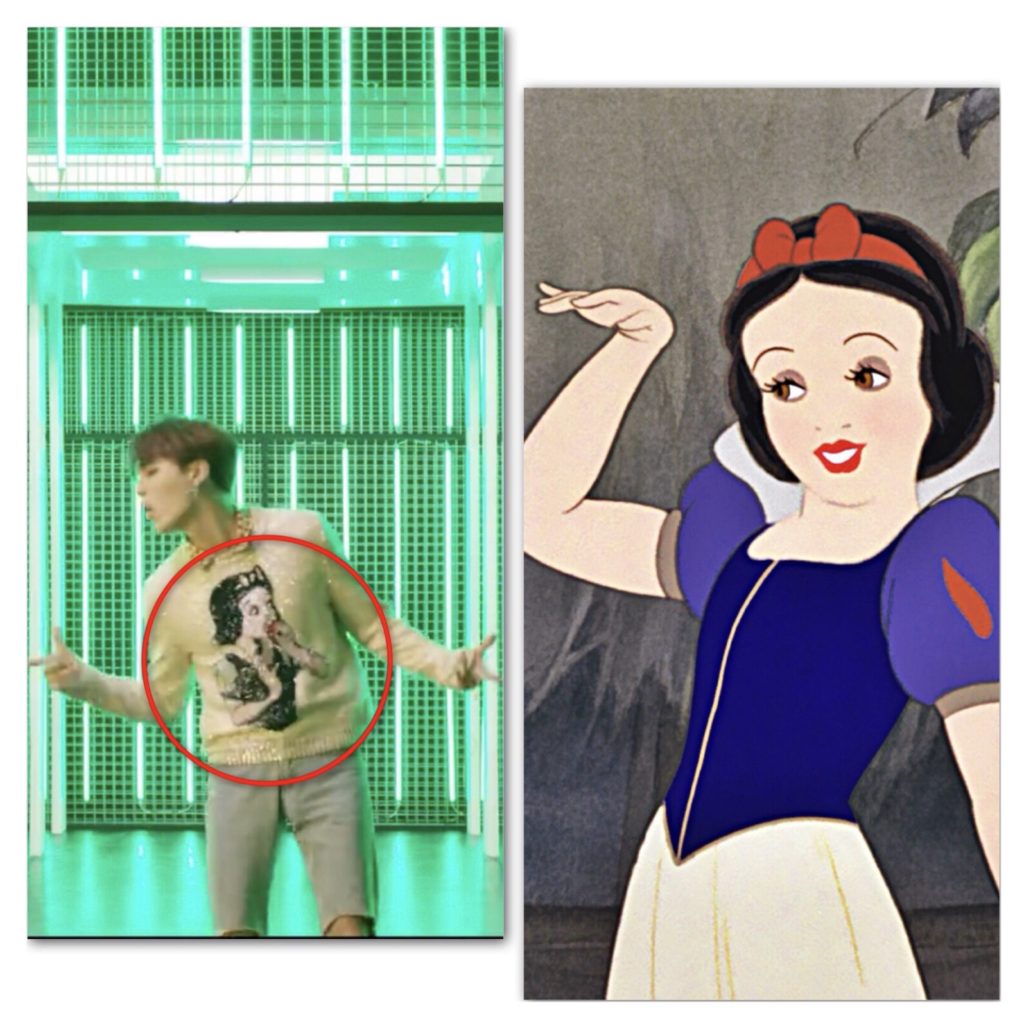 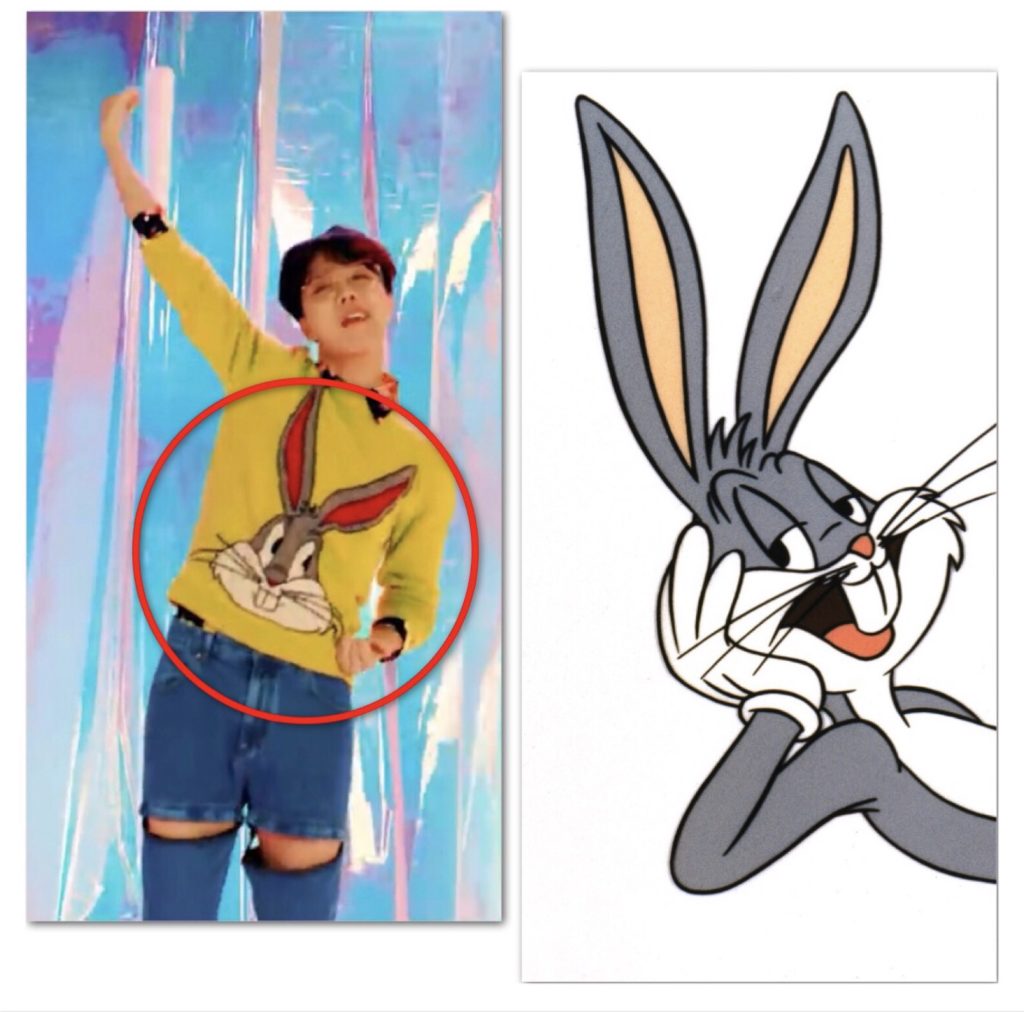 We also found J-Hope wearing a familiar face of Bugs Bunny. Not necessarily a culture, ARMY, or hater reference. More of a fun J-hope reference. So he gets a section all to himself.

Thank you for reading. Comment down below which reference impressed you the most.