What will BTS’s New Album Concept Be? Here Are Some Hints and Clues BTS Has Given Us 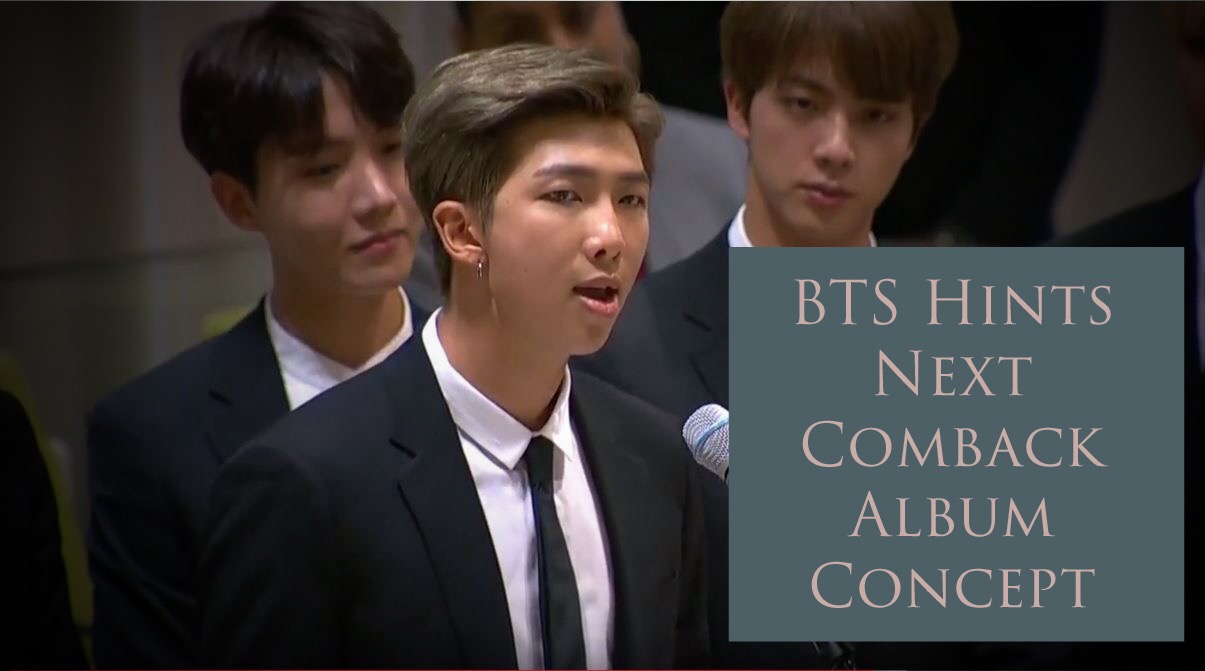 What will BTS’s New Album Concept Be? Here Are Some Hints and Clues BTS Has Given Us

BTS and bighit have always given us hidden clues and hints to what their next concept since 2013. Now with the UNICEF video, RM has said some specific word choices that lead me to think if it may be a possible theory of their next album concept.

Like the previous years, BTS is known for dropping hints at us for their next comeback day. Like when BTS_twt liked one of Nicki Minaj’s songs over twitter, everyone thought it was spontaneous.

But now it makes sense with the IDOL MV featuring Nicki Minaj represents. Now that’s just one example of tens of thousands they’ve exposed to us.

Link to the UNICEF video including RM’s inspirational speech towards young people.

However, for this particular meeting of BTS at the United Nations building in New York, RM has repeatedly said “Speak Yourself” which may be a possible hint. Yet, we won’t know until April 2019, when BTS officially comeback with their new album.

Although, I believe that “speaking yourself” does have a great meaning behind it, with some motivational words spoken by RM. With this possible clue, their new album could be about discovering your passions, going after it, and never giving up.

Which is quite the accurate representation of what BTS had to do before reaching all this success.

Over twitter, many theories have been going around about BTS doing a possible Greek Mythology concept. Since BTS’s Blood, Sweat and Tears MV already involves some sort of reference to the Seven Deadly Sins and religion and their IDOL MV involves many cultural aspects, having a Greek reference would be a really cool concept. Especially if each member portrays a specific Greek god.

Thank You so much for reading! Comment down below what are some concepts you would love to see BTS portray.