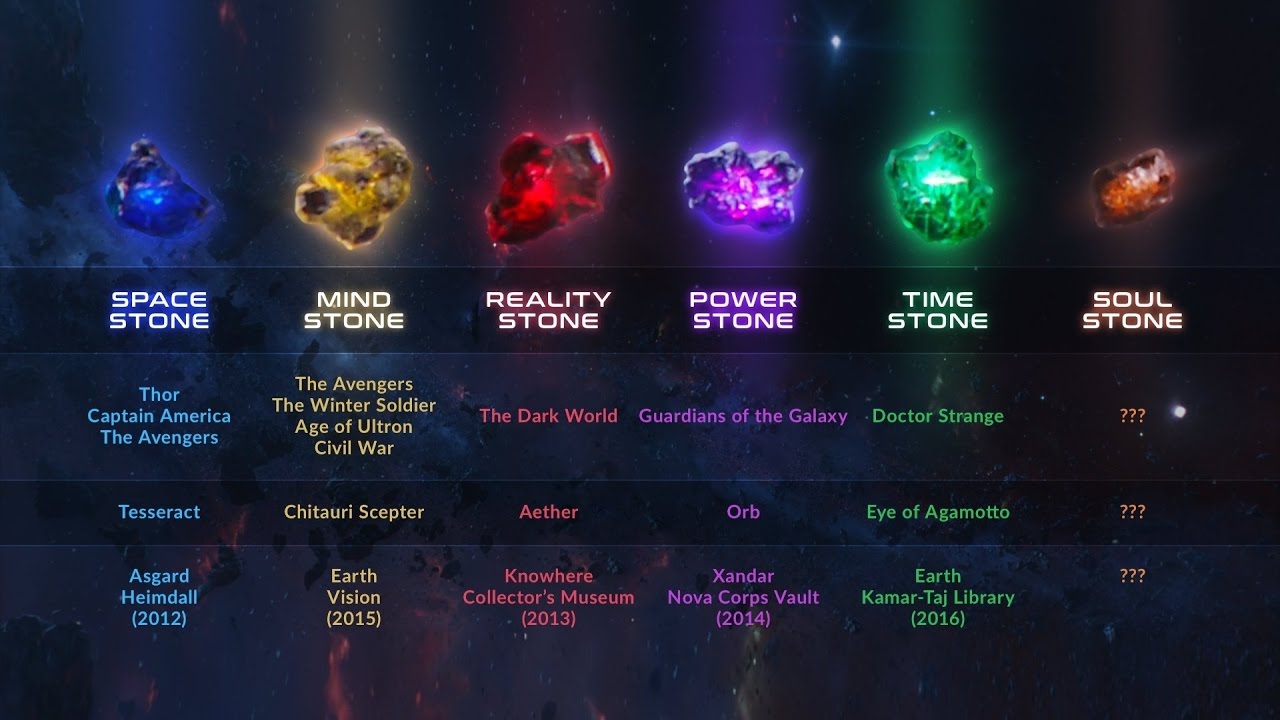 Avengers Infinity War box office is the second highest grossing film for the year so far.

What does the Soul Stone do?

As we found out that the soul stone is located on the planet of Vormir, previously protected by the stonekeeper.

No one knows exactly what the soul stone does, except that it requires a great sacrifice of losing the one you love most.

We know that they all “represent different aspects of the Universe (Space, Mind, Reality, Power, Soul, and Time)” Each stone having different powers.

There are some theories saying that the Soul stone, either consumes your soul or takes control of it, which both could be true.

Because “according to Wong’s ancient texts, the Soul Stone could prove to be the greatest threat out of all of the Infinity Stones.”

So the Soul Stone must be very powerful as we see through the end of the film, it causes people to vanish into dust, (which we will get into more of later).

“As of 2015’s comic event Secret Wars, there is now a newly created seventh Gem: the Death Gem, able to instantly kill anything. It is yellow like the Reality Gem (comic version) but it was created to be a decoy for it, and it was used on Thanos by its creator, Anwen Bakian.” – Marvel Cinematic Universe Fandom http://marvelcinematicuniverse.wikia.com/wiki/Infinity_Stones

Why did the rest of the people disappear at the end of the movie and why?

Thanos causes a break in the Universe where almost every other superhero vanishes into dust. Never be seen again (until Avenger Infinity War Part Two).

But this is caused when all the infinity stones are used at once, as according to the Marvel comics, that they could wipe out half of humanity.

Who were the people who survived?

As the original members of Avengers were Iron Man, Captain America, Hulk, Thor, Ant-man, and the Wasp.

Which we will get a movie of before Avengers Infinity War Part Two comes out, in July 6, 2018.

In the end credits as shown, Nick Furry gets out of the vehicle where the Earth is being destroyed. He quickly takes out a device, sending a message to someone. But who?

As we go more into detail, the logo represents Captain Marvel, as she is suppose to have a movie released March 6, 2019, before Avengers Infinity War Part Two does come out.

Look familiar? This is Captain Marvel’s logo, the same one shown in the film.

What were the “other” situations that Dr. Strange saw that leads up to this situation?

Dr. Strange set everything up as he saw millions of possibilities for the outcome of the war and giving up the time stone could lead to victory, the only possible victory in the second movie for part two.

As already stated, Dr. Strange would have sacrificed both Tony and Peter without any hesitation to protect the Time stone, so no way he could’ve just handed it to Thanos to save Tony.

What will Avengers Infinity War Part Two’s plot be like?

We already know that the remaining original Avenger members and Thanos are alive, as well as Captain Marvel.

They will most likely oblige to Dr. Strange’s plan of giving Thanos the Time stone. Which will soon affect him as it was the only possible outcome where they end up in victory.

Also with Nick Furry’s message being already sent to Captain Marvel, she will probably play the most powerful superhero role in the movie.

Fighting Thanos, to rid him of his gauntlet to protect the rest of the Universe.

Comment down any theories you believe are true and how you think Avengers Infinity War Part Two will be like.