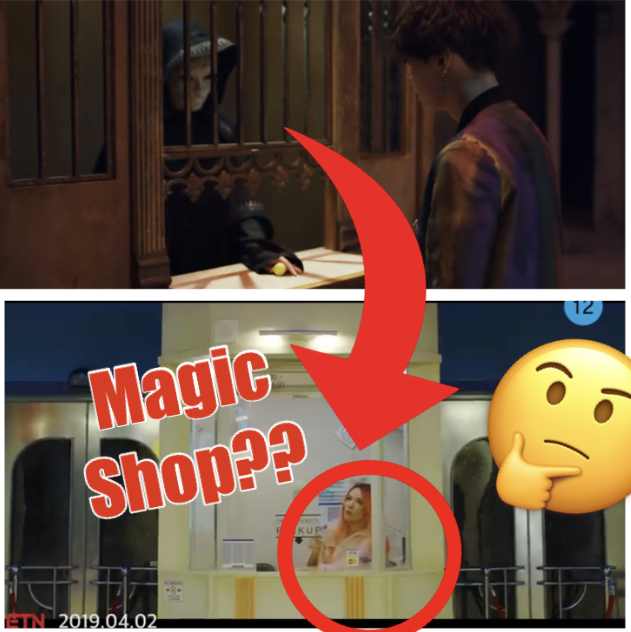 Today, April 7, 2019, BTS have released their new teaser for their Map of the Soul: Persona album, featuring Halsey.

The MV making its first appearance this Friday, April 12, 2019. SO stay tuned for when their whole new album gets released.

If you haven’t heard or tried to make sense of the whole BTS universe theory, click the link below, it might help you better understand:

With this MV, similar to BTS’ other title track “Boy in Luv” back on February 11, 2014, I have reason to believe that the members are traveling back in time. Maybe even successfully…

Other evidence is that the teaser even shows a similar concept to their “Spring Day” MV with the “Omelas” sign above the motel. 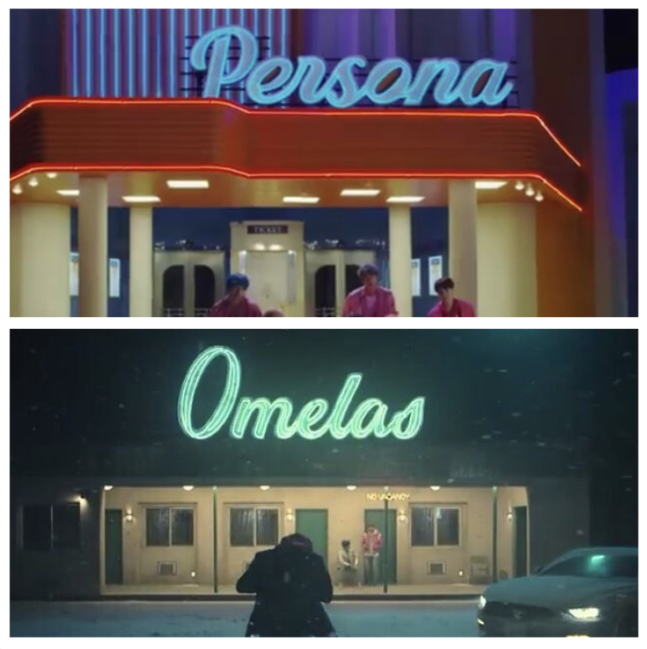 Also, Halsey first appears in the teaser in some sort of trading booth. Just like in the first “Fake Love” teaser. Or the “Magic Shop” as stated in the teaser, granting them one wish, which was to save the members. So, this time maybe, Jin was able to travel back the Spring Day era and finally save the boys from suffering. As Jin has traded his final piece in order to turn back time.

Many fans have already speculated some sort of gay or love theme, proved with all the variations of pink colors and the “Love” sign above them in the teaser. Perhaps, even showing some sort of cupid figure. 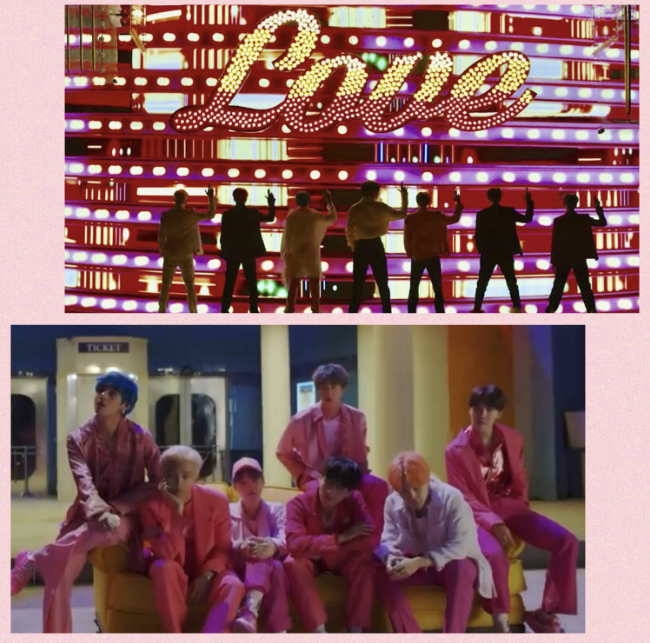 Other theories talk about how having Halsey featured may provide a more glimpse into the LGBT pathway, as she is bisexual. Some fans even discussed how BTS may be Halsey’s wingmen to find her a girlfriend. Which if that was the case, it would be a pretty cute concept.

Thank you so much for reading! Comment down below your thoughts on the theory or if you have any theories of your own.