What I find interesting, is that if you have ever read any of the “Save Me” webtoons, Jin always finds himself repeating the days of April 11. Meaning that he has failed to save the members.

However, in this comeback it’s April 12, maybe signifying that he has succeeded in saving the members and going back in time, as the cycle is finally broken.

If you haven’t read them or kept up with them, here’s a link:

I believe that each member may be representing a Greek god in this album. And here’s why:

In the concept photos for this comeback Persona, the members are found posing while eating fruits. Two specific fruits were grapes and strawberries.

Looking at them now, you may not think much about them, but little do you know, they actually symbolize these specific Greek gods.

Grapes symbolize Dionysus, god of wine. Who is also known to play around often and is bisexual.

With five out of the seven members consuming grapes as if kings or even gods.

Strawberries represent the goddess of Love, Aphrodite, also known as the mother of Cupid/Eros.

Now let’s take a look at the Blood Sweat and Tears MV. I think that “Bow with Luv” May resemble the WINGS era because of its relation to religion and desire.

I have reason to think that Hoseok may represent Cupid. Since in Blood Sweat and Tears, he is found shooting an arrow at Taehyung (in this case) just like Cupid does with his love shot.

Also like Eros, both he and Hoseok have some family problems with their mother. Not negative, solely being that something had happened between the two that causes a traumatic experience.

Which ties in back with the WINGS era where his specific solo was named “Mama”.

Also, I believe that this era will closely be related to the WINGS era because the members have even recreated a scene where each member plays a different Greek god.

Jungkook even calls out to Taehyung as, “V-onysus” as in Dionysus. So this leads me to believe that maybe it’s Taehyung that portrays Dionysus even though most fans seem to lean towards Yoongi, as he sleeps and drinks as much as Dionysus does.

So, ANIMA based on Carl Jung’s “Map of the Soul”, yeah that’s right! Map of the Soul was the name of his book of ideas on what the conscious and subconscious mind worked. Anima being Italian for the soul, has four stages: Eve, Helen, Mary, and Sophia. 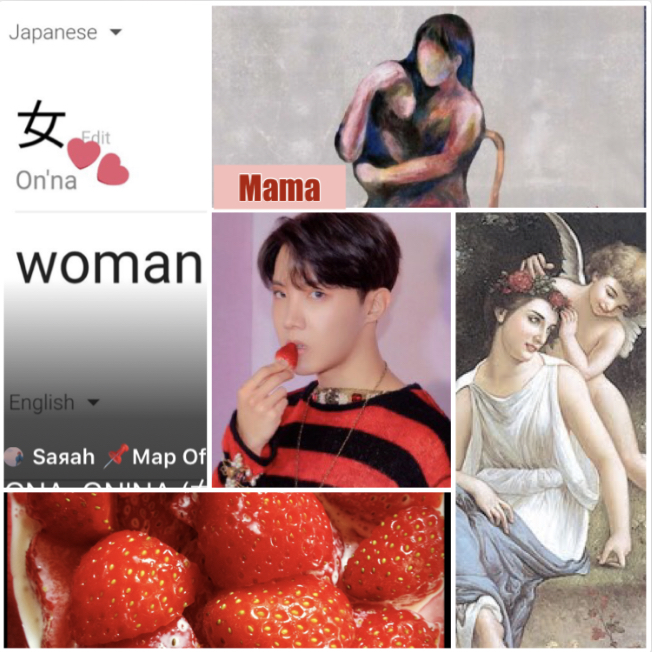 Hoseok’s mother being named “Eva” as shown in many of the paintings in the WINGS film #7, meaning the male objection to desire, forming a bond with a woman who brings security and natural love. Perfectly describing his relationship with his mother.

Using this idea, Jungkook would be Icarus since, in Blood Sweat and Tears, he is found hanging from the ceiling underneath a painting based on Icarus’ story.

Going back to Carl Jung’s Map of the Soul, I find it intriguing in all the ways that we may perceive the outside world. Take a look at this chart:

All Persona, Ego, and Shadow are terms found within Jung’s perception idea, so BTS’ comeback may have to do more with how we view ourselves, in order to speak our true selves, using the concept of some sort of retro/greek themed.

But, we won’t know until Friday, so until then, this all I have for now.

I also find it interesting that even the BigHit shop sells the book, meaning Jung’s Ideas must definitely play a role in the comeback era.

Also, you might want to check out my other blog. I also explained the theory but more based on the teaser released last Sunday rather the whole concept itself.

Thank you so much for reading! Keep streaming and let’s see this Friday if any of the theories may be what we’re thinking of. Also, comment down below any theories of your own.