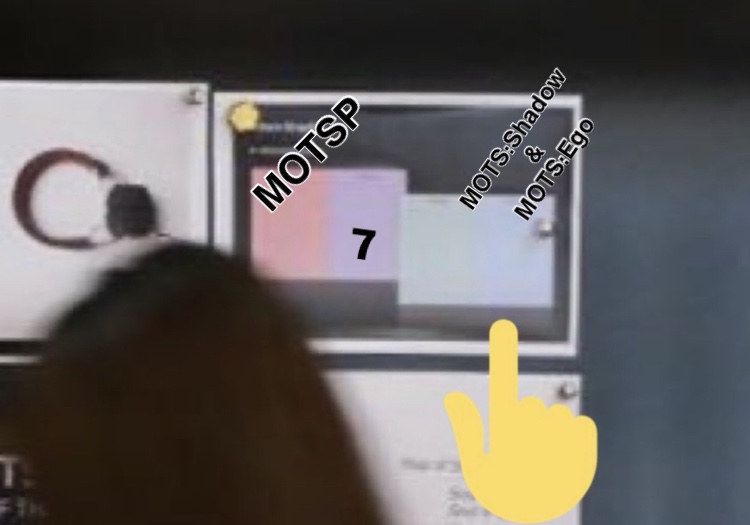 After what seems like a year, BTS finally announces their next comeback album, 7. Not Shadow nor Ego, contrary to past beliefs.

PreOrder Date to purchase the album is on January 9, 2020.

The Release Date is on February 21, 2020. Meaning the next couple of weeks will most definitely be chaotic with the anticipation of this comeback. 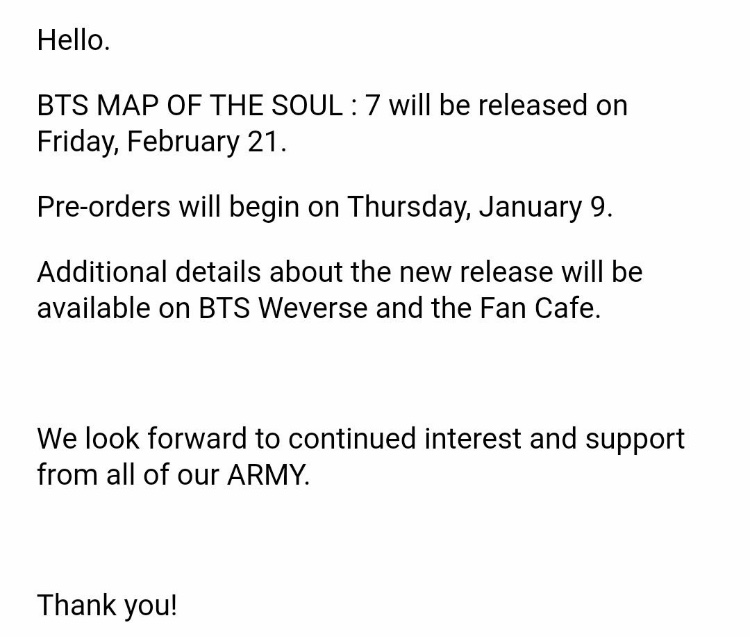 A clever title actually, with BTS being 7 members, their 7th studio album, and it being their 7th year since their debut in 2013. But also, many fans believe that the title is also influenced by Carl Jung’s 7 principles (as the entire Map of the Soul concept was dedicated to him) or Defense Mechanisms as portrayed by each member in the BU, HYYH, WINGS theories.

Also, note the fact that BTS had already announced their official tour upcoming April 2020 a couple days back. Meaning official tour dates are only to come next. 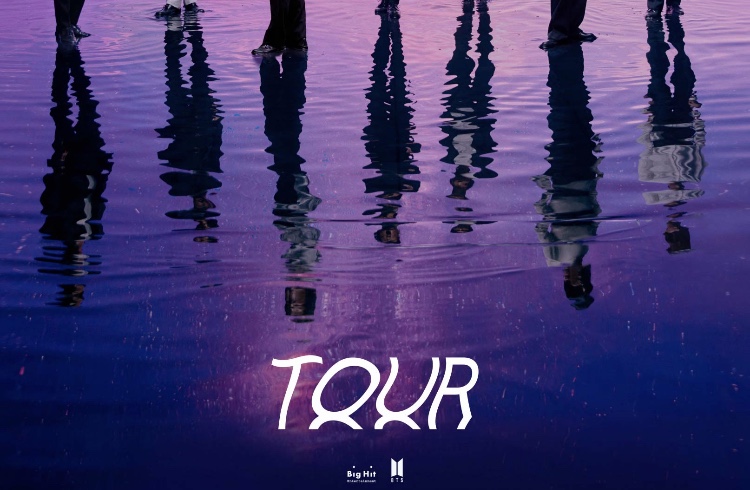 However, looking at this picture, you can see there are clearly four total albums. But if “7” is the purple album, then Shadow and Ego most the following album covers to come.

Also, @BTS_twt and @ibighit deleted their “7” tweet after 7 minutes… which might be them trying to clown us or just to make fun, posted today on January 7th.

Thank you so much for reading! Comment down below your thoughts on this next comeback album.