If you do not already know the full story of the HYYH era here’s a link:

The Most Beautiful Moment in Life 花樣年華 (HwaYangYeonHwa) also known as the HYYH Era trilogy from 2015 to 2016. Making its first debut November 30, 2015. These are the albums featured in the HYYH era, including MVs such as I Need U, Run, Dope and more.

The Most Beautiful Moment in Life, pt.1

The Most Beautiful Moment in Life, pt.2

The Most Beautiful Moment in Life: Young Forever

Let’s talk a little about the theory first. As you already know, JIn tries to time travel back in time to save his members before their deaths, and based on many notes, it makes perfect sense to do it this year since the year 2013 perfectly aligns with the dates this year 2019.

In fact, Jin’s time traveling has affected past MVs, leaving traces of each new era in them.

For example, the big hand statues in the MAMA HK performance originated from the N.O MV from 2013. 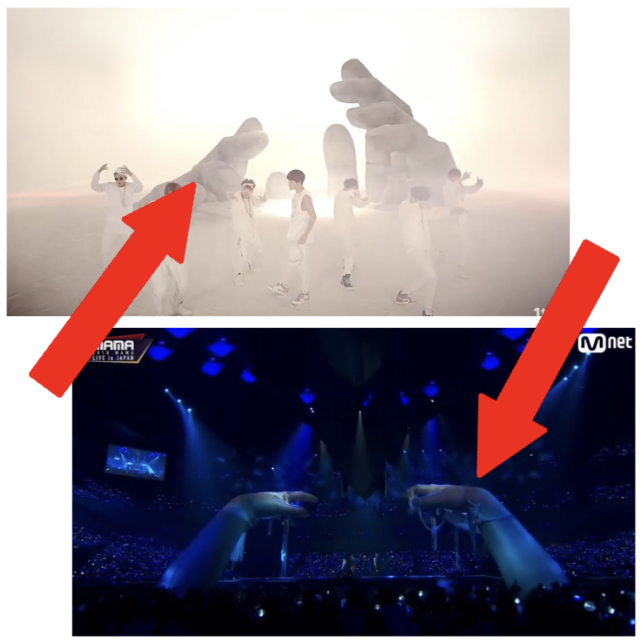 However, the hands is the N.O MV were coming out of the group, but it was BTS who were on top of them. But now in the MAMA Japan performance it’s the hands on top of BTS, like it’s controlling them.

Since N.O was released September 10, 2013, the BTS members are still young. Based on the theory, we know that they traded their youth (and regretted it) so now it’s the “Hands” that control BTS.

Also they even remixed N.O into the Fake Love Love Yourself performance.

But that’s not the only thing that happened on May 2. Yoongi caused a fire and is saved by Jungkook (according to the notes).

Also the date of the BBMAs in US time is May 2, which may be their possible comeback stage.

Love Yourself: 起承轉結 = Starting to turn

The character BTS used for their logo was 結 meaning “whole” instead of the simplified version 合 which means “conclusion”.

BTS also reused all the characters again for all the rappers line Trivias.

So based on BU and all these theories, I think we can all agree that is means Bangtan Universe, like the Marvel Universe idea. On the bottom of each MV video, it should look like this (the picture below). If not, then that MV isn’t a part of the Bangtan Universe.

So far, these are the only MV/Teasers/Highlight Reels/etc. that are labeled “BU certified”

Questions (You may have):

Perhaps it has something to do with the separations between the maknaes and the hyung line.

– Why are Euphoria and Epiphany included in the BU, but Serendipity and Singularity aren’t?

I personally feel it has something to do with the fact that Euphoria and Epiphany both begin in the letter “E”, while both Serendipity and Singularity start with “S”.

The word or even any appearance of a four leaf clover have been talked about throughout last year (2018). Including many tweets from the members themselves and taking pictures with the word “Lucky” itself.

Also a fan tweeted a rumor of having seen a “deleted” MV titled “Lucky” from the Love Yourself: Tear album. However, that rumor has been debunked as false, but the theory still lingers around.

However, Namjoon was seen wearing a particular shirt with the number 205 imprinted on it (and it isn’t his first time). Research shows that the number 205 actually represents the symbol of being “lucky”.

A while back in October, during MAMA 2018 performance, BTS screen stage VCR, appeared with the words “Love Yourself+”, now for many it doesn’t seem that strange as the album series is already called “Love Yourself”.

But why add the “+” sign. It almost seems as if the Love Yourself era isn’t over, as many thought, but a continuation instead. However, many ARMYs on twitter found out BigHit with the logo +omorrowX+ogether.

BigHit also released a youtube channel titled “Idol 2×2 official” with the same logo +omorrowX+ogether, the “+” signs substituting the “T” of both those words.

However, some ARMY believe it’s either the new boy group BigHit is suppose to debut this 2019, or a possible comeback for BTS.

On January 6, 2018, @Mattel decided to collab with BTS and create some Mattel barbie looking BTS dolls.

Now I don’t know if it’s just me, or it’s everybody but, these dolls creep me out, and the fact they’re now making BTS Dolls is just weirder. (But you can totally have a different opinion and go buy them and see for yourself)

Furthermore, before Idol’s comeback, BTS released various concept photos of being puppet like people or “dolls” as one might say.

Considering that in answer concept photos, the members are tied with string and a wind up toy seems to be on the floor.

If the dolls weren’t enough, the Smeraldo Books has made it’s official debut on Twitter @Smeraldo_Books on January 6, 2018. Coincidentally, it’s also the same day as Epiphany Day.

On their recent twitter account, so far they have posted letters from both Jin and Yoongi, which may continue down in that order of age.

Now these letters and mini videos they’ve posted are from the WINGS Short Films back in 2016, so if you haven’t already watched them, watch all the BU certified videos (from the list above) to get a better point of view of everything that is going on.

Also the smeraldo logo includes all four Love Yourself Album logos within it, including Love Yourself: Wonder 起.

The smeraldo itself is from italian legend, meaning “emerald” which is fictional flower that is painted blue.

Based on ancient Italian legend, the translation of the language of the smeraldo is:

“Non potevo dire la verità” translating to “the truth that could not be told”.

Also it helps to know that May’s gemstone is an emerald, which is when their next comeback should be (based on this theory)

Although the Love Yourself era albums already come with these mini notes, they might appear again in these Smeraldo Books.

The smeraldo appeared in the Run MV (when Jungkook and Yoongi begin to fight), in the LY: Highlight Reel (Jin’s Poster, he holds a bouquet of them), Singularity (Taehyung holds it), The Truth Untold mentions the “blue flower”, and in Fake Love (Jin Protects it).

In fact, Jin even tweeted about it August 9, 2017 before the Highlight Reels even came out. With the caption clearly saying “Smeraldo”.

Also during one of the scenes in the Highlight Reel, there appears to be a white delivery truck which resembles a lot to the actual smeraldo, white truck. 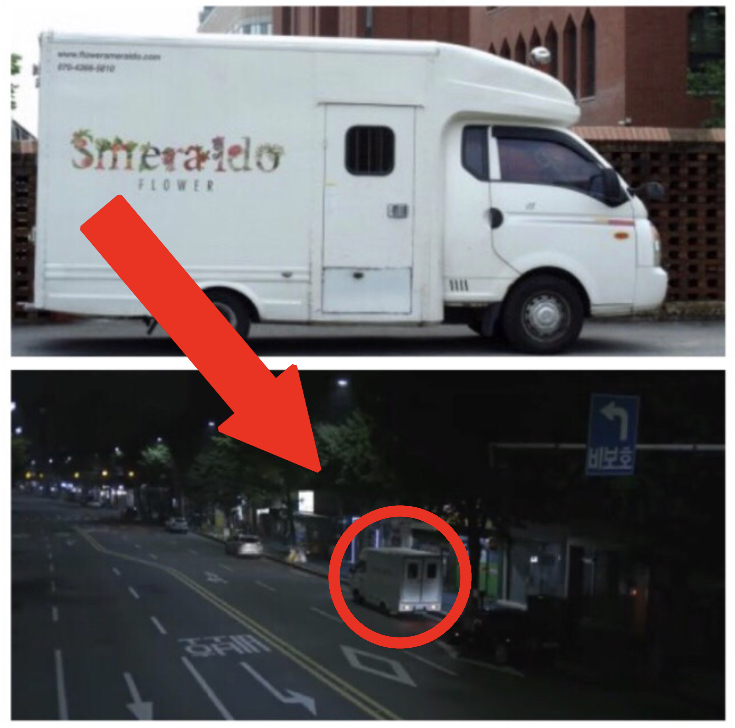 During the MAMA Intro VCR showing, it showed a lot of old lyrics from their Tear album. However, if combined they sound a little like this:

“I didn’t know what power is,

I didn’t know what love is,

but you taught me how to use power,

How to use love…

You gave me power,

You have me love,

So now I’m a boy with love…

I’ll show you the map,

The map of the soul,

I’ll show you the dream…”

In a way, it seems like BigHit has planned this all from the beginning or we may be just making it up with conspiracy theories, when nothing is really happening. So only the Smeraldo Books may be able to tell us the truth.

Also remember the book the girl drops in the Highlight Reel, that Jin picks up… that exact book may be the representation of the smeraldo book that started it all.

Thank you so much for reading! What did you think of the theory? Comment down below your thoughts.