Is Minecraft Becoming Popular Again, and Why? July 2019

Is Minecraft Becoming Popular Again, and Why? July 2019

Whether you caught up with Pewdiepie’s new trending Minecraft Let’s Plays or simply heard of Minecraft’s increasing insane popularity. You gotta admit that even without the sudden trend online, Minecraft is a nostalgic and actually fun and unique video game to play.

Where the years 2010-2012 were considered Minecraft’s Golden Age, now comes a new era for Minecraft.

So let’s start off, Minecraft has clearly taken back its crown in mobile/PC gaming since the early 2011s during its golden era. With Fortnite previously upholding that crown for about a year in 2017-2018. Minecraft was easily able to snatch back their crown, becoming the new diamond era for Minecraft.

Here’s a closer look into the data trends over the past few months:

One thing in common, that both have hit the peak of popularity once released.

But honestly based on these Google Trend Charts, Fornite doesn’t even compare to popularity over years. Even when it got released to mobile softwares in 2017, which only lasted about two years. 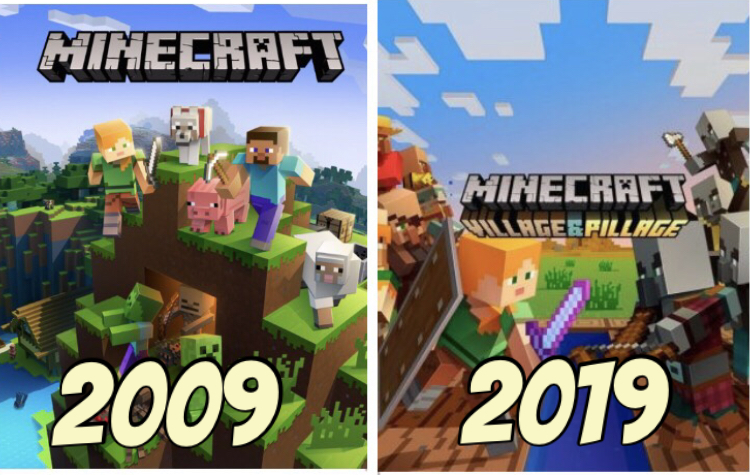 So, it’s been officially 10 whole years since it’s first-ever game debut and has made many changes ever since. Besides, I believe that with the help of many new, innovating updates to the game. It really helped Minecraft expand and grow.

Especially with the latest 1.14 update of foxes, pillagers, new villages, and a bunch more. 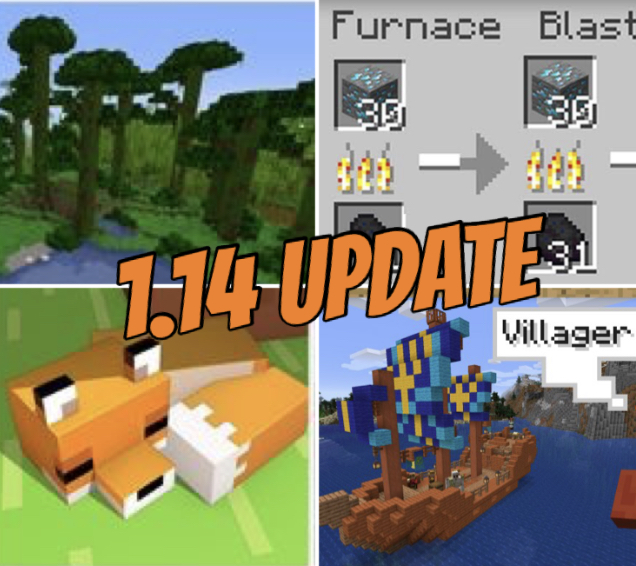 However, the aquatic update 1.13 was indeed the greatest update that Minecraft ever had. Bringing new depth to the game by exploring the unknown, lifeless, seas of Minecraft.

Many gamer YouTubers definitely helped bring Minecraft back into the spotlight. Especially Pewdiepie, featuring the game in his Minecraft Epic playlist on Youtube.

First-ever featuring the game on June 21, 2019. With now 26 videos total just on the gameplay itself.

Each of these videos were able to accumulate about 10 million views each, meaning, that’s at least a total of 260 million views and more, solely on just Pewdiepie’s Minecraft videos.

Even now, other popular YouTubers, gamers or not, want to join in the new trend.

The Return of Nostalgic Minecraft Based Videos

The iconic, famous, memorable channel now starts to regain it’s popularity once again with the return of the Minecraft parody songs back in the early 2010s.

Well this Youtuber, Captin Sparklez, along with many other admirable youtube channels were the ones who created these fun Minecraft animation parodies.

Or how about Alan Becker, the Youtuber who created the Animation vs Animator videos a long while back. He also has been creating Minecraft related content in his AVM (Animation vs Minecraft) playlist since November 18, 2017.

Not only that, but he was the one who created the original Animation vs Minecraft video that now has over 144 million views back on December 14, 2015.

Truly, we can physically see the influence of Minecraft on the media throughout the years. Even it’s 2019 that the game is regaining insane popularity.

I’m sure the game has still been played even after their golden years. Now, there are plenty of other amazing Youtuber who bring upon Minecraft’s current success, but these were the ones that I personally know.

Thank you so much for reading! Comment down below your thoughts on Minecraft or any other reasons that you believe caused the Minecraft’s sudden popularity.