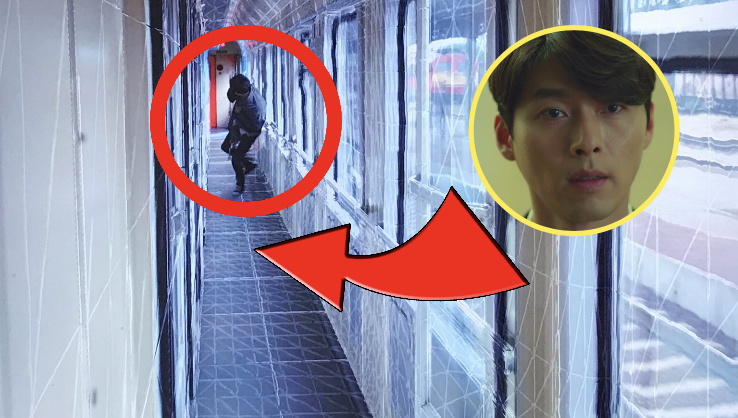 December 1, 2018, the Kdrama Memories of the Alhambra premiered it’s first episode, about how this specific AR techonolgy can affect the lives of Yoo Jin Woo, CEO of the company J One, discovering love with the sister (Jung Hee Ju) of the young genius mind who has been missing for years.

On the last episode (Episode 16) we clearly see a silhouette of Yoo Jin Woo. Meaning that he is still alive? But what and where exactly is he?

Many theories have concluded that Jung Se Ju had stated that he created a parallel third dimensional world in his game in order to protect himself from Marco.

So it’s possible that Jin Woo would have the same fate, being the “new” Master.

“Instance Dungeon… I programmed the game so that only the master can create it in times of danger. I was hiding in the Instance Dungeon at the train station. At first, I have made the feature to deceive enemies, but it really worked at that time. No one could see me. It was like we were in the same place, but in a different dimension. An instance dungeon in real life… If Mr. Yoo Jin Woo was the master the reward of the quest was being the Master. That means he could have been the Master. You never know. Just like me, he could be alive somewhere.”

– Memories of the Alhambra (Episode 16)

Creating a constant cycle of being trapped/hiding in the Instance Dungeon and having someone complete the quest, becoming the “new” Master so that you can escape.

Another theory a lot of people have come up with is that the the game is still unstable, because the fourth bug is still out there; Marco.

Even though Se Ju is technically the only one who can see him (or future allies), it makes sense why Jin Woo could never kill him.

However, Se Ju said he left the dungeon because he felt “safe”, meaning Marco could have been deleted from the game.

Although most Kdramas are known for having incomplete, yet sad endings, this show could possibly be preparing for a future continuation like having another season, or leaving it to be an open ending to allow the audience’s imagination.

Thank you so much for reading! Comment down below your thoughts about this Kdrama’s ending.