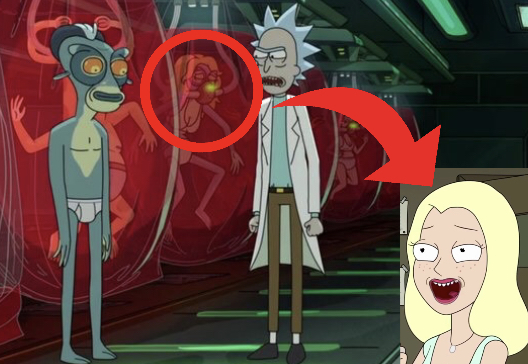 With the premiere of season 4, fans have never been happier after a long wait of almost two years for a mere five episodes. But nonetheless, Rick and Morty is finally back.

Season 4, Episode 2, “The Old Man and the Seat” features a matrix reference. Where Rick keeps the bodies of “disliked” people in tube-like containers with liquid, maintaining them in dream worlds. Matrix, a movie where our current society is living in a dream-like world, held captive on an Alien spaceship. 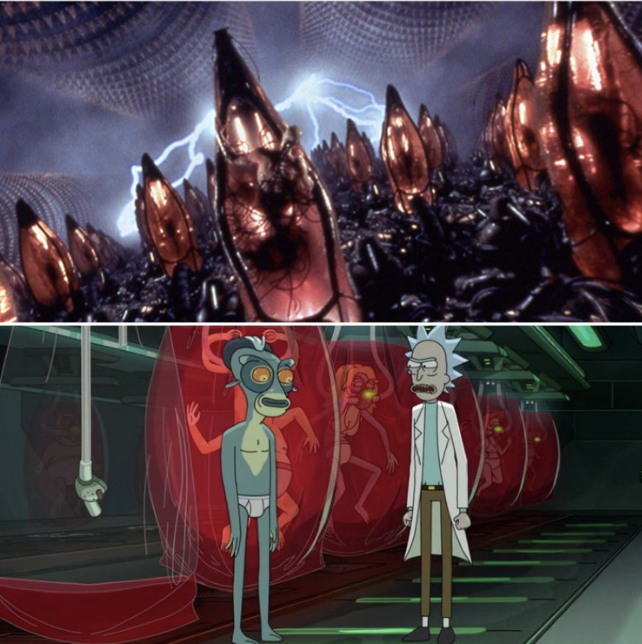 However, if you look closely at some of the other members, one of them strangely looks familiar. A woman with light, blonde hair, pale skin, and has a huge resemblance to a character featured in previous seasons.

That’s right, it’s Rick’s wife, Diane Sanchez. Now, this raises the question, of why Rick would even have her placed in a container like that, and if that’s where she had been throughout all these seasons.

Since Season 3, Episode 1, “The Rickshank Rickdemption” shows Rick grieving over the death of his wife, where he lost her. But did he really? We know that those scenes were only a fabricated story to escape his prison. Yet, Rick still shows emotions of despair and utter sadness at the thought of losing them. 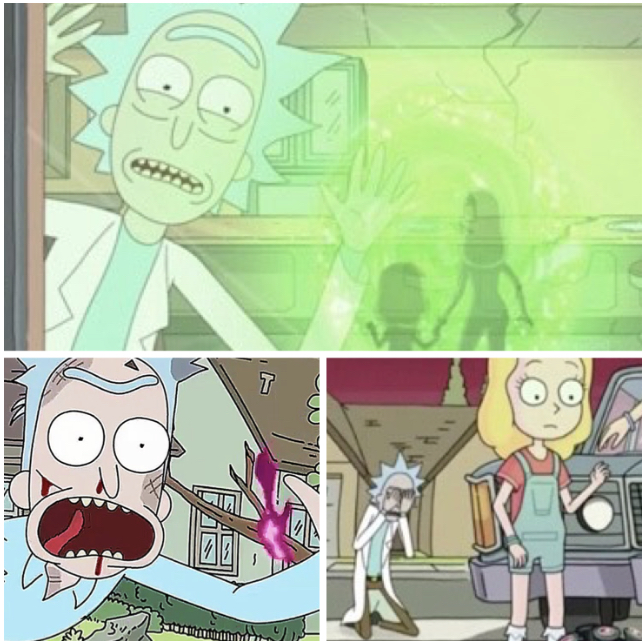 So, that begs the question of what really happened? We know that Beth is still alive (unless she’s a clone) and continues to live with Rick. But, she rarely ever brings up the topic of her mother, almost as if she’s forgotten or is truly “dead”.

However, we do get this scene, where both Beth and Diane (Rick’s wife) walks through a portal…meaning either something bad happened upon entering, or they never went in. It still won’t explain why Rick would keep his wife’s body in a dream-like state.

Unless he wants to preserve the memory of her in good hands until he has the technology to revive her. But only time will tell, so with two more episodes for the year, hopefully, we get a better back story on the whole situation that’s actually canon instead.

Thank you so much for reading! Comment down below your thoughts on the theory