Why is Despacito so Popular? 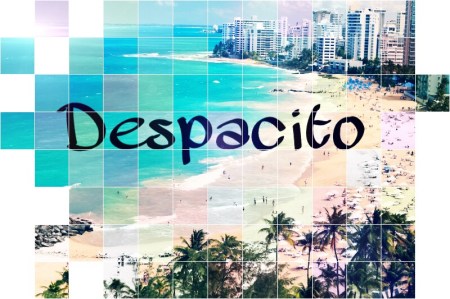 Why is Despacito so Popular?

So why is Despacito so popular? Is it the rhythm, the actual video, or the fact that it’s in Spanish? Or maybe something way deeper…

Here’s what I think:

Despacito, the word in it “pacito” sounds a very similar to pacifier. And who wears pacifiers, babies.

In the early years when Youtube was first released it was babies that became viral, just like the iconic “Charlie Bit My Finger” video. With 850 Million views published on May 2007.

But 6 months later, the Harry Potter Puppet Pals released yet another of their own videos “Wizard Angst” in November 2007. The exact number of months that took Despacito to reach 3 billion views. Yet, Harry Potter is now the best selling book in history.

But do you know what sounds like Harry POTTER, Otters! In March 2007, otters went viral as cute animals after someone released the video “Otters Holding Hands”. They can even be seen in Disney/Pixar’s Finding Dory Film.

Then Buzzfeed went to compare both otters and sloths in a competition of “Who wore it better?” in 2013.

Coincidentally, sloths are the slowest animals in the world and are commonly found in South/Central America. Also Despacito means “slowly” when translated to English.

Another endangered species is the Bonobo, these creatures according to American Psychological Association said that bonobos were able to distinguish different types of tempos and rhythms within synchronized beats.

Unlike bonobos, monkeys have gotten more of the attention when the Apple update of 1.0 in 2015 of monkey emojis was released. These emojis expanded on a wide variety of monkeys being social media’s hysterical videos.

Similarily, mules went viral after WhatsApp mule muliche photo viral in July 15 2017. But what does mule sound like?

Mule… ule… Zule? ZULEYKA Rivera! The model who appeared in the Despacito Vevo Video. Also Miss Rivera was from Puerto Rico just like where Despacito was filmed.

In fact the interest rate increased 45% of traveling to Puerto Rico after the Despacito video was released.

Well in Puerto Rico, the main language spoken is Spanish. Spanish comes from Latin, which is a part of the Romance language group, which explains why Despacito sounds so upbeat and romantic.

Okay, okay, I know this was way too long, so in summary, Despacito is popular because of it’s rhythm, using the Spanish language, beautiful model, filmed in Puerto Rico, and just making a simple video using hard work and determination to make the video happen.